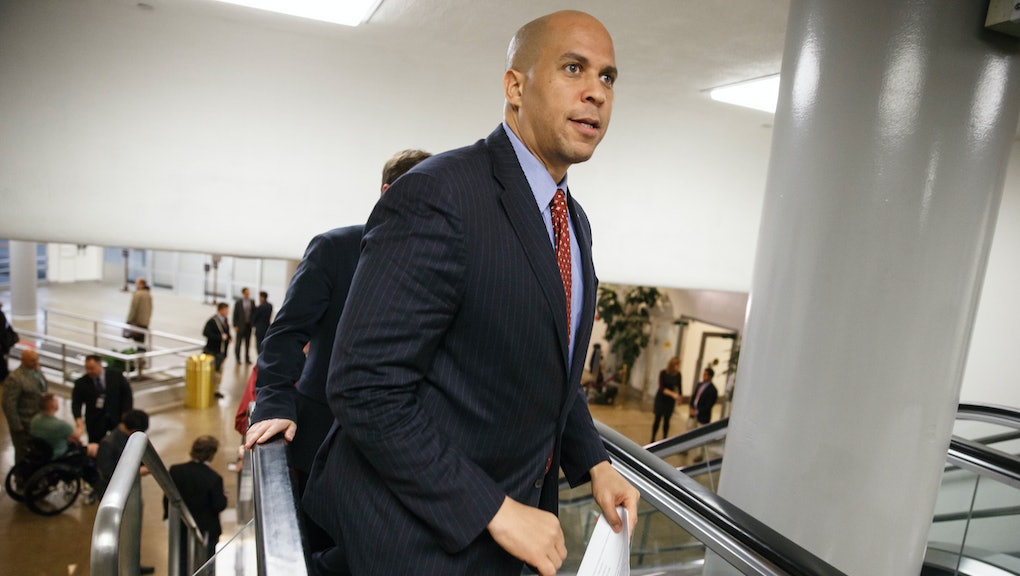 The August death of unarmed teenager Michael Brown in Ferguson, Missouri, is far from the first flashpoint over race and law enforcement.

Twenty-two years ago, Sen. Cory Booker (D-N.J.), then a 22-year-old master's degree student at Stanford University, wrote a column in response to the ruling in the case of Rodney King, a black construction worker who was beaten by police during a traffic stop following a high-speed chase. Just like Ferguson Officer Darren Wilson, the officers who beat King back then were exonerated. The same mayhem that erupted Monday night in Ferguson also erupted in April 1992.

On Wednesday, Booker tweeted his old column, which — sadly — is still relevant to America's race relations in that have faced scrutiny in aftermath after a grand jury declined Monday to indict Wilson.

"I'm a black man. I am 6 feet 3 inches tall and 230 pounds, just like King. Do I scare you? Am I a threat? Does your fear justify your actions? Twelve people believed it did."

He bemoaned the inequalities faced by the black community:

"Poverty, alienation, estrangement, continuously aggravated by racism, overt and institutional. Can you leave your neighborhood without being stopped? Can you get a loan from your bank? Can you be trusted at your local store?

Booker lamented that his Stanford degree and his efforts to be "articulate, loquacious, positive, constructive," some people will only see the color of his skin when they look at him.

"... late one night, as I walked the streets of Palo Alto, as the police car slowed down while passing me, as his steely glare met me, I realized that to him and to so many others I am and always may be a N*****: guilty till proven innocent."

Twenty years later and still, we can all feel Booker's sentiment that rings through his column like a refrain:

For many around the country, the reaction "not shocked" is exactly right. It's been 20 years, but not much has changed.