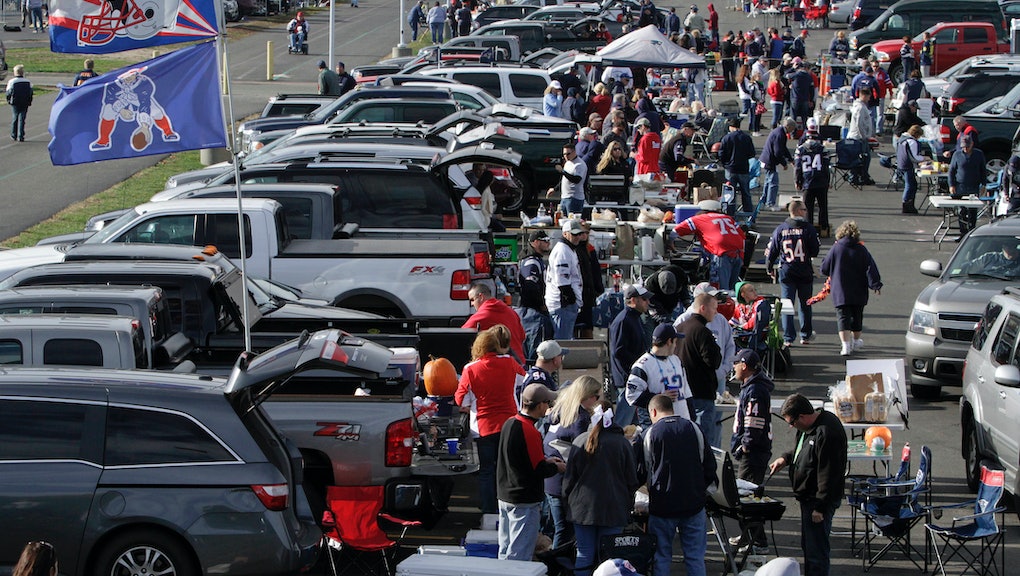 The Dark Side of Professional Football We Rarely Hear About

While this past year in sports has put a major spotlight on crimes committed by professional football players, it might be time to shine that lens on the cities that host those teams and the effects these games are having on the hometown fans themselves.

At least, according to a recent study published in the Journal of Sports Economics, titled "The National Football League: Does Crime Increase on Game Day?" Through their research, economists David Kalist and Daniel Lee found that cities with NFL teams tend to see spikes in certain crimes on days with home games. In other words, an NFL game in the stadium may equal violence in the city.

Miami, Philadelphia and St. Louis were among the eight cities examined over three NFL seasons. On average, there was a nearly 3% increase in overall crime on game days, a number that might seem small but is statistically relevant enough to be cause for concern. According to their research, these cities "reported incidence of larceny increases by 4.1% during home games and ... motor vehicle thefts increase during home games by 6.7%."

According to the researchers' hypothesis, the gathering of thousands of people at stadiums and bars may simply just increase the number of possible targets for perpetrators. "Criminals can blend more easily into larger crowds," the study states.

However, this isn't the only type of crime fluctuation that can be documented on game day. The study cited other research that showed cities experienced up to a 10% increase in domestic violence on days when those NFL teams experienced an upset loss. On top of that, other instances of violence against women have been well documented, including the fact that Super Bowl host cities have the unfortunate trend of becoming venues for increased crime and human trafficking.

As Mic reported earlier this year, according to the New Jersey Coalition Against Human Trafficking, "[t]he Super Bowl attracts tens of thousands of fans to the host city ... But it also attracts a sector of violence, organized criminal activity that operates in plain sight without notice including human trafficking in both the sex and labor industries." Tricked: The Documentary breaks this relationship between football's biggest game and the worldwide problem of sex trafficking.

Whether you're talking about a regular-season game or the most watched sporting event in the United States, people are using these cities to participate in illegal and in some cases deplorable activity. And it's time to put that to an end.