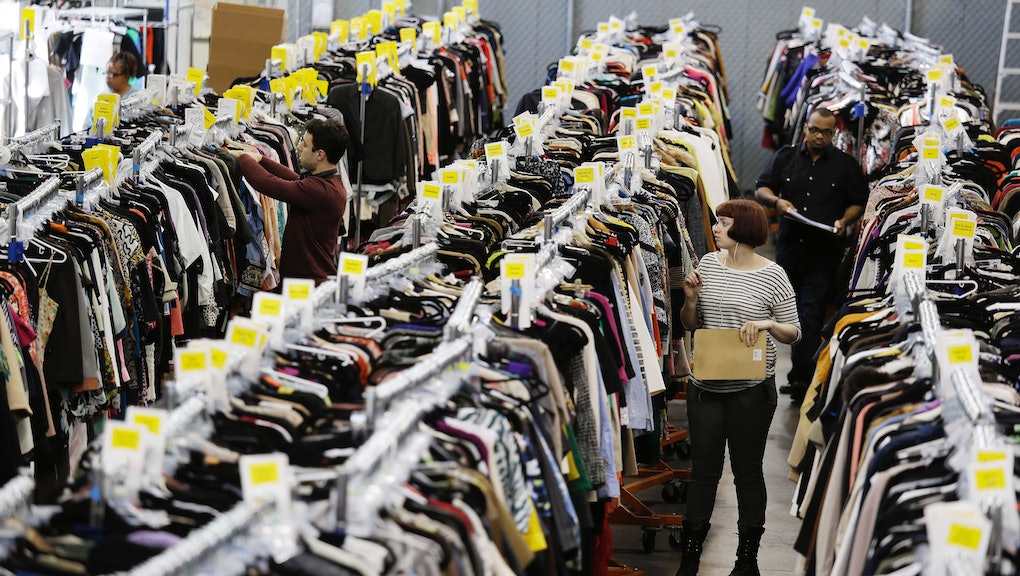 San Francisco is making sure your boss can't drag you into work at a moment's notice.

The city became the first in the nation Tuesday to demand retail chain stores give at least two weeks' notice before altering an employee's work schedule. Under the Retail Workers Bill of Rights, retailers, as well as security and janitorial contractors who are employed by retail stores, must afford greater protections to workers' schedules. Where unions have faltered and failed in recent years, San Francisco has succeeded in addressing labor issues exacerbated by a rapidly changing — and technology-driven — marketplace.

For businesses with 11 or more stores nationwide, the advance notice proviso will prohibit "on-call" scheduling that places workers at the behest of the employer, meaning your boss cannot willy-nilly call you into work with the threat, implicit or not, that your job hangs in the balance.

Perhaps more significantly, the Retail Workers Bill of Rights offers promotional support to part-time employees by requiring that retail stores offer them additional hours before hiring new part-time employees. This proviso for the "equal treatment of part-time employees" undercuts the sinister business practice of hiring only part-time workers in order to avoid providing benefits or higher wages. It is also a practice plaguing other industries, particularly academia, which has a teacher workforce comprised 75% of adjuncts, or part-time faculty.

The proviso prevents "involuntary part-time employment," whereby employees are boxed into part-time work even though their employer has more work available.

This legislation will have significant ripple effects. Politico reported, "The scheduling limits come at a time when 59% of the nation's workforce is paid hourly and when more than 7 million Americans are working part-time because they can't find full-time work."

It is, furthermore, arguably feminist in scope, since many mothers and single parents in general often scramble to find last-minute babysitters when called into work at a moment's notice. Many have to find alternative solutions, which creates unfortunate consequences. This past summer, for example, 46-year-old Debra Harrell was arrested for child neglect because she allowed her daughter to play in a park adjacent to the McDonald's where she worked in South Carolina.

Harrell is just one example of how San Francisco's legislation could positively affect women's labor conditions. In 2013, the Pew Research Center reported that nearly half of households with children 18 and younger are led by women financially. With (white) women making 78 cents to men's $1 and comprising two-thirds of all minimum-wage earners on the federal level, workplace adjustments like those to be implemented in San Francisco will undoubtedly have positive effects for women in the workplace.

Other cities are following San Francisco's lead. Milwaukee and New York City, for instance, are pushing for similar legislation, and this past summer Democratic House Representatives George Miller (D-Calif.) and Rosa DeLauro (D-Conn.) introduced the Schedules that Work Act at the federal level. According to ThinkProgress, this bill "would require all the country's employers to give at least two weeks' notice on schedules, give employees an hour's pay for each shift changed within 24 hours, and pay them some wages if they get sent home before the end of their shifts or call in but aren't given one. Workers would also have the right to request their own schedules."

With the start of the holiday season, San Francisco's attention to workers comes as much welcome news.