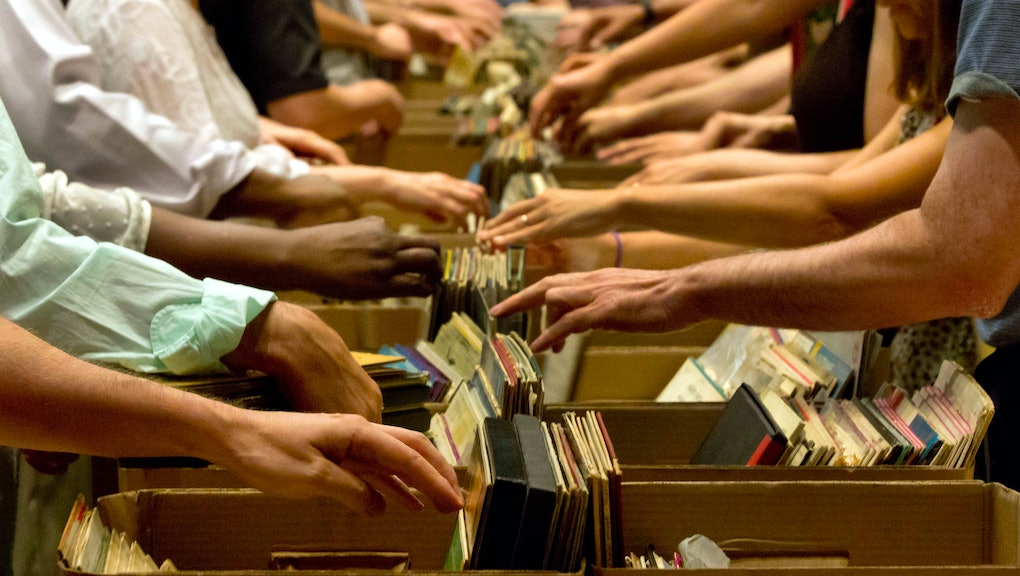 It was written off as obsolete, destined for the same dustbin as Betamax, VHS and CDs. But vinyl records have made a big-time comeback.

Sales of vinyl in the U.K. have reached their highest level in 18 years, with more than a million albums sold in 2014. The last time vinyl hit a million? 1996. The BBC reports:

It's still a niche market — The Endless River sold just 6,000 copies on vinyl, while streaming service Spotify recently blew pasts its billionth stream. At $30 million, the vinyl industry in the U.K. is worth a lot more now than five years ago, when it was worth $4.7 million. But it still comprises a paltry 2% of U.K. music sales. Vinyl's comeback is mostly because it's "an attractive format for object fetishists and committed fans," as the Guardian put it. But the rebirth of the medium may mean that classic-style presses may start entering the mainstream again.

Considering that practically anyone can stream a new album over their phone in mere seconds, it's amazing that the vinyl industry is undergoing a minor renaissance. Analog still has its fans, in spite — of maybe because — of its inconvenience and impracticality, which feels "authentic." Some enthusiasts insist it sounds better and that the aging of the records adds a unique flavor to each individual album, which is pretty cool.

But the BBC cites the ICM Group as estimating 15% of physical music purchases are made with zero intent of ever listening to the music itself, implying that there's a substantial number of people who are just trying to look cool.

Either way, it's clear vinyl is here to stay for a while longer. "There's something to be said for putting on a record," record store owner Bill Chamberlain told the Daily Hampshire-Gazette in July. "It just sounds like it breathes, it sounds alive compared to a digital thing which is kind of harsh-sounding to me."

Not everyone is a fan of this underdog story. In 2012, Digital Trends' Simon Hill accused retro-hipsters of appropriating "rejected awfulness" and fetishizing "impractical antiquated tech" they're too young to have even used in the first place:

An obsession grasping for authenticity and nostalgia for a past that is somehow more real than the digital present renders an iPhone dock shaped like a rotary telephone and 75 percent of Instagram filters null and void.

Haters gonna hate (you can buy that on vinyl, too). In the meantime, digital sales on iTunes are actually declining, suggesting the music industry is in trouble elsewhere. So the resurgence of vinyl is probably not high on its list of cares.