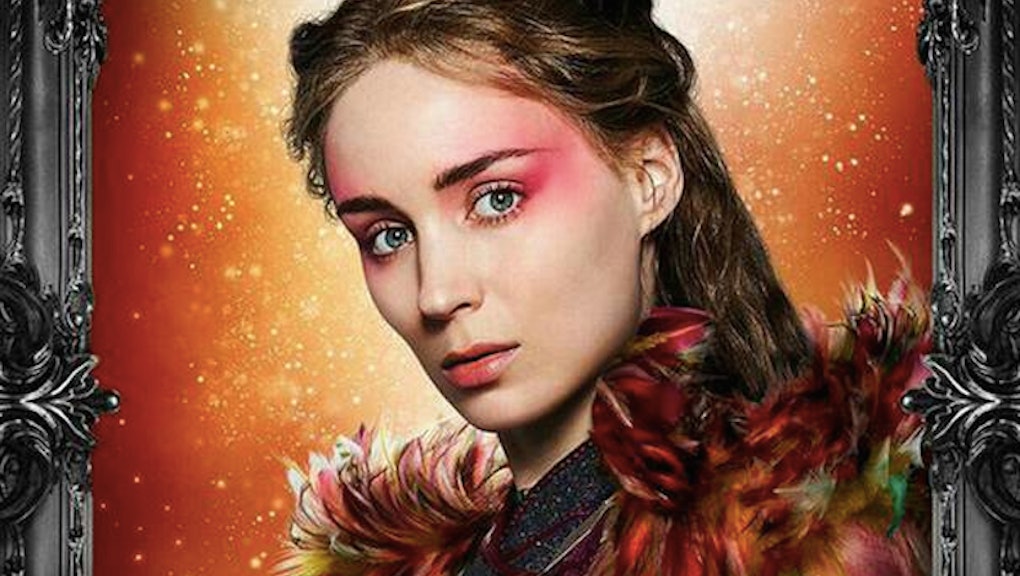 What's a Hollywood remake without some good old-fashioned whitewashing?

Pan, the reboot-plus-prequel of J.M. Barrie's childhood classic Peter Pan, is set to hit theaters July 2015. This week, the first promotional cast photos were released, revealing colorful costumes, an emphasis on creative makeup — and a rather blatant erasure of a key character's ethnic identity.

Tiger Lily, an ambiguously Native American princess in the original tale, is being played by Rooney Mara in this latest update. Rooney is a white actress who, as the Daily Dot points out, was "born into the wealth and privilege of football royalty." In other words, as far as you can get from an authentic indigenous portrayal.

While no one is denying Mara's acting chops — she earned accolades as The Girl with the Dragon Tattoo's main character in 2011 — it's a missed opportunity to cast her in a role that anyone familiar with the story will recognize as Native American.

When Mara was originally rumored to be in negotiations to play Tiger Lily, the Wrap said Pan's director, Joe Wright, was "planning to create a world that [is] very international and multiracial, effectively challenging audiences' preconceived notions of Neverland and reimagining the environment."

While that may have been his original intent, trailers so far make it seem like Wright has reimagined any discernible ethnicity right out of the film in favor of a world where "otherness" is portrayed by mainly white people in feathers and other exoticized costumes. Not surprisingly, not everyone is happy with this post-racial Neverland:

There is a bright side, perhaps, to the whole controversy: At least Mara won't be wearing redface. Still, Warner Bros.' expunging of Tiger Lily's heritage, something it just as easily could have embraced, is unfortunate.

More importantly, however, the cinematic behemoth missed a huge opportunity to correct the racist stereotypes that plagued the original Tiger Lily role. As The Wall Street Journal's Jeff Yang wrote:

Tiger Lily is written as an "Indian Princess," the Native American kind — daughter of Great Big Little Panther, wise and noble chief of Neverland's Piccaninny tribe. (Yes, in the book they are indeed called "Piccaninnies," which is a slur historically used against African Americans. Because random tangential racism.) ...Tiger Lily is a mute but sassy 'noble savage' stereotype...

Of course, Hollywood's whitewashing isn't isolated to Pan. From Elizabeth Taylor as Cleopatra in 1963 to Johnny Depp as Tonto in 2013, whitewashing has been the rule, not the exception, for major film productions. Even the Sphinx got a white makeover for the forthcoming Exodus: God and Kings.

Hollywood would do well to listen to its critics who demand proper representation of minority characters. Because swapping out ethnic identities in favor of white faces isn't progressive or good filmmaking, it's lazy and insulting, even if they don't want to admit it.