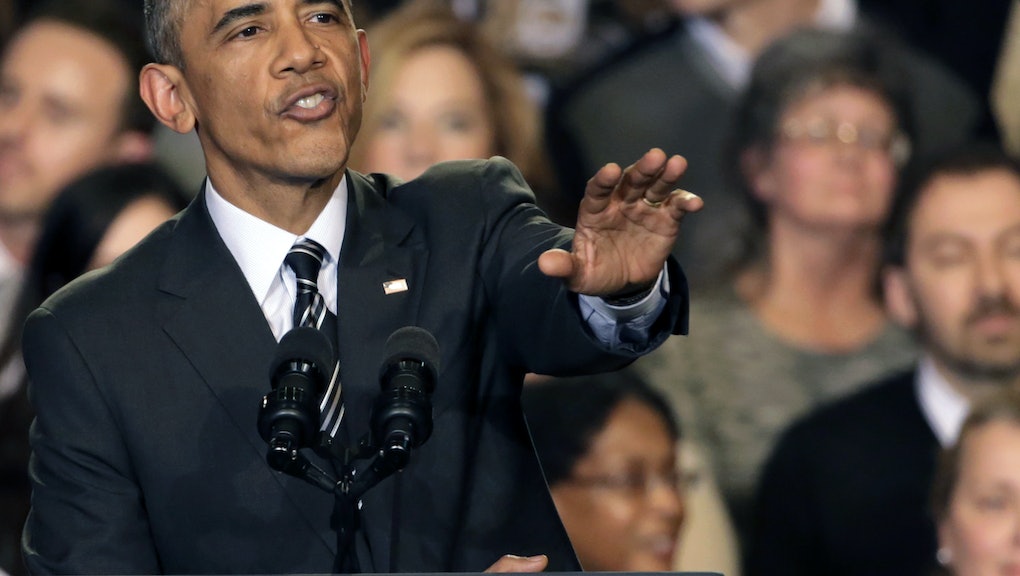 President Obama Has the Perfect Response to Immigration Haters

If you're sick of all these terrible immigrants coming to the U.S., President Barack Obama would like a word with you.

"If you look at the history of immigration in this country, each successive wave there have been periods where the folks who were already here have said, 'Well I don't want those folks,'" he said during a speech in Chicago this week. "Even though the only people who have the right to say that are some Native Americans."

It's a shot at the hypocrisy that seems to take hold of many when discussing new arrivals to the country: hand-wringing over whether new groups are assimilating into American culture, the anger over different languages and the xenophobic stereotypes that get thrown around about different ethnic groups.

As Obama notes, most Americans can trace their lineage back to immigrants, who very likely faced similar prejudice. While many cultural critics of immigration like to point to their own ethnic group's ability to overcome that prejudice to prosper and enter the cultural "melting pot," but conveniently forget that such changes can take generations.

"Part of what America is about is stitching together folks from different backgrounds and different faiths and different ethnicities," Obama said. "That's what makes us special and, look, let's face it, sometimes that's hard to do, but it's worthwhile, it's worth doing."

Insightful words about immigration, of course, are no substitute for actual reform. The president's speech was part of a larger effort to call attention to — and win support for — his new plan, which will protect millions of immigrants in the country without permission from deportation and provide many with work permits.

It's a plan that has drawn predictable ire from Republicans and criticism from those on the left who want more sweeping reform. Hecklers shouted "Stop deportations!" and "There is no justice!" during his speech.

There is plenty to discuss when it comes to immigration policy, and it's not likely that reforms will make everyone happy. But, as Obama points out, any question over the value of immigrants was answered long ago.