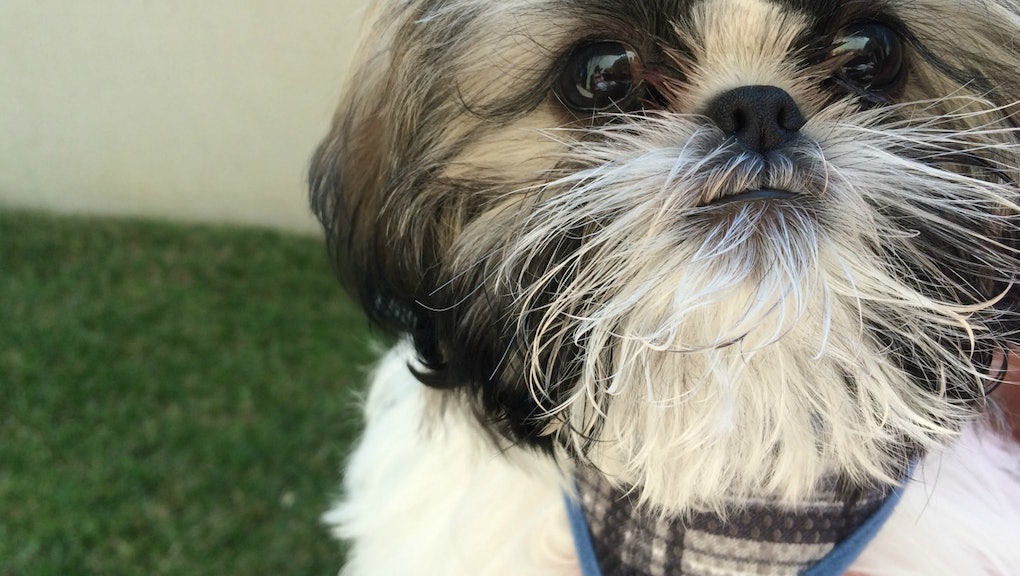 Your Dog Actually Understands What You're Saying

Science has finally confirmed what dog lovers have known for years: Our dogs actually understand what we're saying when we talk to them.

The research: How exactly did researchers figure this out? Two hundreds and fifty dogs were brought into a lab at the University of Sussex in England. A speaker was placed on either side of the dogs' heads and the command to come was played out of both speakers.

A pattern surfaced: Dogs turned their heads to the right speaker when a meaningful word was included in the command. When the commands only contained emotional cues, most dogs turned to the left.

These reactions uncovered some amazing insights. The way that the dogs turned their heads in response to the commands confirmed that dogs process speech in two parts: emotional cues and word meanings.

The direction that the dogs turned when they heard certain types of commands also correlated to the side of the brain that processes that type of information. For all those long, emotional talks you have with your pooch, talk into his left ear. But if you want him to pay attention to a command, tell it to him in his right ear.

Why it matters: This study isn't just useful for dog lovers who want to build a better rapport with their beloved pets; it helps explain exactly how dogs hold the coveted position of "man's best friend." This study reveals that dogs can tell the difference between sounds that are meaningless and those that aren't.

This is further proof that dogs are the perfect companion: Not only do they "love us back" and "actually see us as their family," they listen to what we're saying and actually process it – well, at least some of it.

So keep having those long talks with your canine. They really do understand.