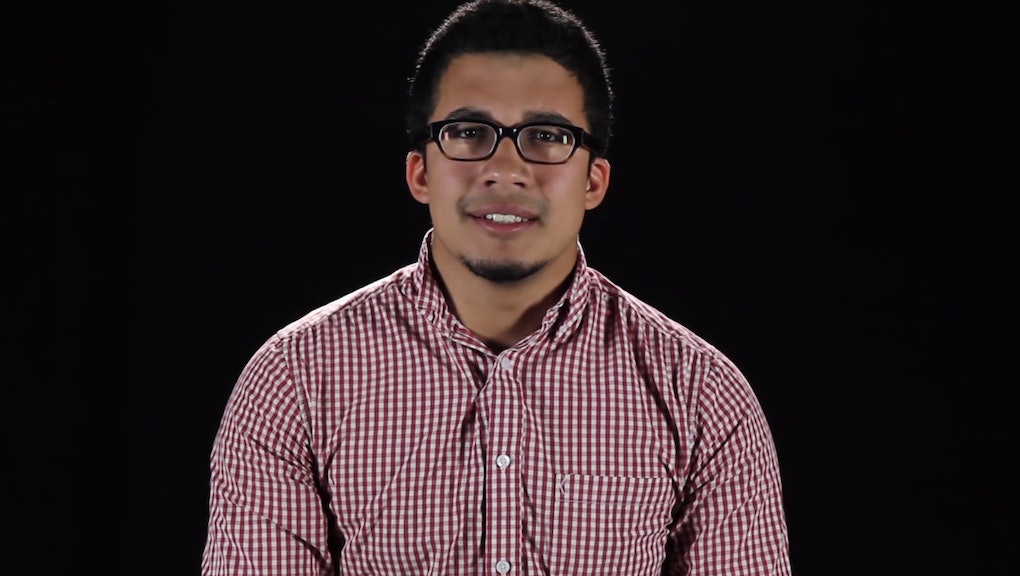 Hilarious Video Reveals the Untold Burden of Being ‘Ambiguously Ethnic’

A new video from BuzzFeed, "What It's Like to Be Ambiguously Ethnic," highlights precisely this issue, with interviews and dramatized examples of how ethnically ambiguous people experience racist micro-aggressions in their daily lives.

Skin color is how humans first encounter each other on the sensory level of vision. In American culture, a person's skin color carries with it cultural assumptions, expectations and stereotypes about what that skin color means. One presumably white woman in the video, for example, assumes a man who is actually of Mexican, Puerto Rican, Hawaiian and Korean descent can help her out with her "Middle Eastern [or] Arabic" Uber driver.

The video is humorous, but it makes an important point about the ways perceptions of race can be used to divide and segregate people. To quote Toni Morrison, from her interview with Stephen Colbert earlier this month, "There's no such thing as race. None. There's just the human race, scientifically, anthropologically."

"Racism is a construct.... It has benefits. Money can be made off of it. People who don't like themselves can feel better because of it... It has a social function. But race can only be defined as a human being."

In America, race still too often exists along a black or white binary, something that overly simplifies and stereotypes darker-skinned people. In this context, people "of color" are prone to being lumped together  as "African-American," even, as Raven-Symoné fabulously put it in a recent Oprah interview, "I don't know where my roots go to... I do know that my roots are in Louisiana. I'm an American, and that's a colorless person because we're all people."

Anything in between these two extremes continues to confound the American senses, and this uncertainty bred from the "fear of the unknown" can have tragic consequences. Following 9/11, Islamophobia spiked in America as ignorant citizens anxiously read ethnically ambiguous people as "Arab," also equated with "Muslim" and therefore "terrorism."

This fear of racial and ethnic otherness is problematic, especially since the nation's racial makeup continues to become less and less white. The latest U.S. census information shows a 32% increase in the nation's multiracial population from the previous census, compounded by statistical evidence that white people will become a minority group within 50 years.

"People just don't really know what I am, so they don't really know what to expect of me," says a half-Scottish, half-Mexican young woman near end of the video. Indeed, if people can't "read" you, they won't know how to "label" you and then attempt to judge your character from whatever stereotypes they have associated with that particular ethnic label.

And there's a flip side: If people don't know what to label you, chances are they are unconsciously harboring fears about what this means about their own — usually "white" — identity. When someone is ethnic ambiguous, they throw a wrench into peoples' easy, racist reading habits. Labels become confusing — if you're not [this], how I can be [that]?

"I'm four-eighths Japanese, three-eighths Mexican and one-eighth Filipino," says one young man at the start of the video. This mathematical parceling out of one's ethnicity may seem overly detailed, but it immediately asks the questions: How do we read him? How do we label him?

The point is: We don't. We let him label himself.