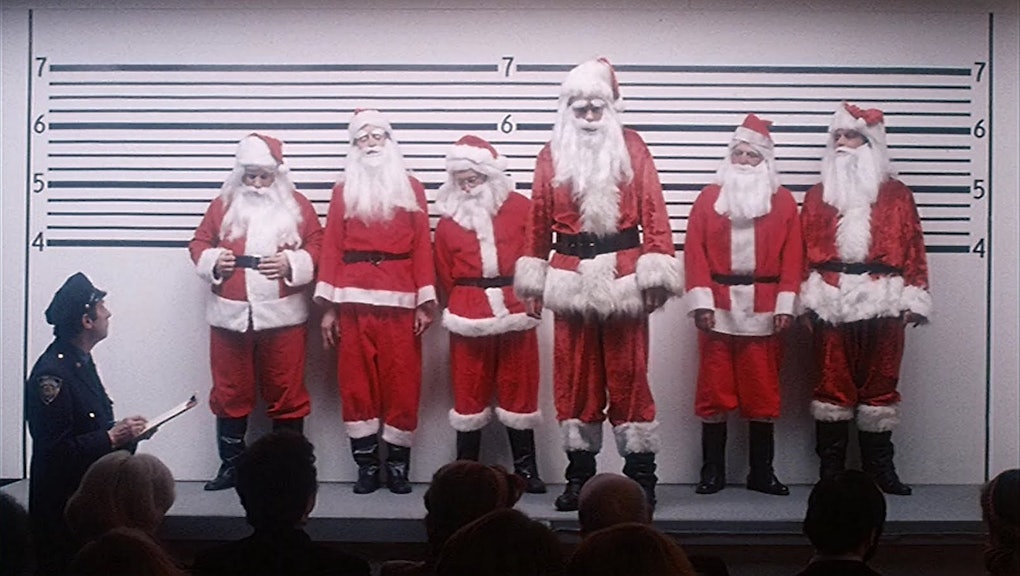 It's beginning to sound a lot like Christmas. Everywhere you go.

That might be pleasant for a while, but soon you won't be able to escape it. Scientists have actually found out why it is that we love Christmas music in the beginning of season and despise it towards the end. It's called the "mere exposure effect," and it's coming for you this month. Because while it may be fun to hear once or twice, by the time you've heard "Grandma Got Run Over by a Reindeer" for the 13th time, you're liable to run someone over yourself.

According to NBC News, there's a statistically proven progression from love to hate during Christmas season. The chart looks like an upside-down U: Our familiarity with something across a couple of listens makes us think we love it, then it becomes oversaturated and we begin to hate it. It's like being tortured. The frustration and the boredom from hearing the same damn songs starts to become unbearable. Then the rage begins to boil, and all that cheery Christmas music playing endlessly on the radio starts to sound a lot more like the demonic carolers from the first Gremlins film.

It turns out that different people also have different sensitivities to the music of the season. Some can stomach a lot of Yuletide cheer before they reach their breaking point. These people are either entering the holidays in a relaxed and optimistic state, or the songs are triggering hosts of happy memories, both of which help keep them in a positive state of mind. Those entering the Christmas season stressed, whether by finances, travel or family, will not make it through the 50th repetition of Justin Bieber's "Santa Claus Is Coming to Town" with their sanity intact. Then again, that's a lot to ask of anyone.

This is a problem we all face. Nearly 500 radio stations across the country will be playing all Christmas music all the time starting in December. It will play ceaselessly in stores and malls in attempts to encourage consumers to be more liberal in their spending. There's science to back that up, too. Shoppers spend significantly more time and money in stores playing slow-paced Christmas music.

The most popular songs will rack up plays in the hundreds of thousands. "Sleigh Ride" was the most played Christmas song for four years in a row between 2008 and 2012, according to ASCAP; it racked up more than 150,000 plays in 2011 alone. "Let it Snow! Let It Snow! Let It Snow!" dethroned "Sleigh Ride" in 2013, and right now Mariah Carey is topping the Billboard Holiday 100 (yes, there is a separate Billboard chart to track holiday music play counts, since the numbers and royalties get so astronomically high).

Statistically, these songs are most likely to be the tipping point for even the most joyous Christmas lovers. But you can never know which song will be the one to make you snap. Keep your head down this season and carefully measure your Christmas music consumption in order to avoid the inevitable breakdown.

And if you make it through and still want more holiday music, it'll be a Christmas miracle.