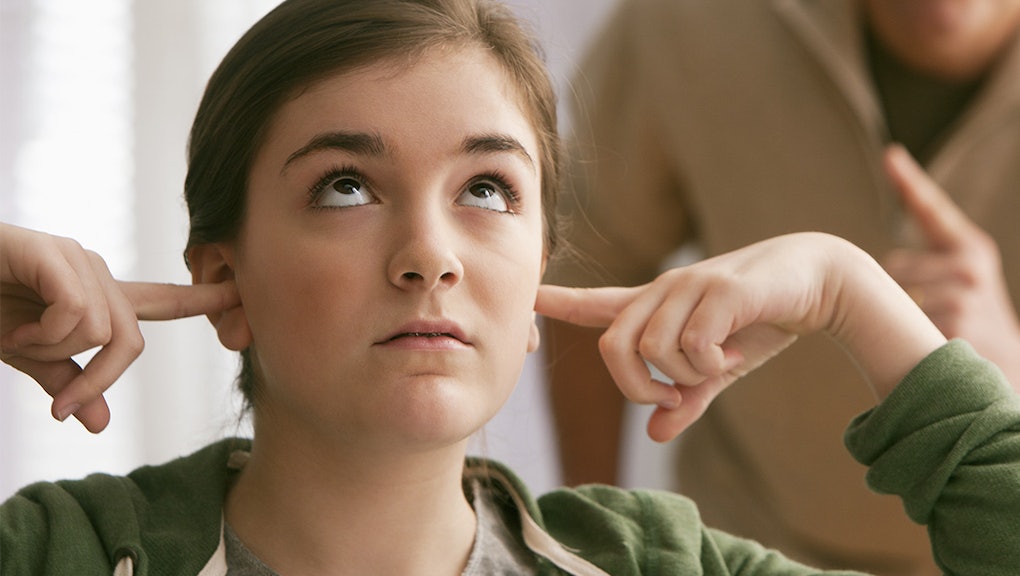 As Will Smith once said, "Parents just don't understand." But unfortunately for Big Willie Style, it's the developing brains of teens themselves, not the parents, who are likely at fault for the kind of communication problems nearly every parent and child face.

That's the conclusion of a new study from a group of Universities of Pittsburgh, California-Berkeley and Harvard researchers. According to their findings, teens become emotional when criticized by parents and simply shut down.

The study: The researchers played two 30-second clips of a nagging mother for 32 teens and preteens (average age 14) while they scanned their brains in a lab. Here's an example of the kind of nagging the subjects heard:

"One thing that bothers me about you is that you get upset over minor issues. I could tell you to take your shoes from downstairs. You'll get mad that you have to pick them up and actually walk upstairs and put them in your room."

As they played these clips, the researchers focused on three areas of the brain: one associated with negative emotion (the limbic system), one involved with regulating emotion (the prefrontal cortex) and one that helps us understand other people's ideas and perspective (the junction of the temporal and parietal lobes).

For control data, the researchers used the brain activity seen when the teens heard clips of moms talking about more mundane things, like grocery shopping.

The result: Based on their findings, the researchers concluded that the brains of teenagers and preteens have a natural predisposition to activate more negative emotions in the face of mom's criticism and suppress the kind of activity associated with emotional control and empathy.

The researchers are planning on more tests to further confirm and understand these results, but if true, they would explain why teenagers are so likely to lash out at the parents in the face of criticism and ignore what's often good advice.

While things like "puberty" and "raging hormones" are blamed for teens' adversarial reactions to mom and dad's criticism, it appears there's a deeper issue at hand — one embedded in a teenager's brain chemistry that's significantly more difficult for young people to control. While teens may want to listen to their parents, their brains are making that very difficult.

In other words, maybe it's kids who just don't understand.