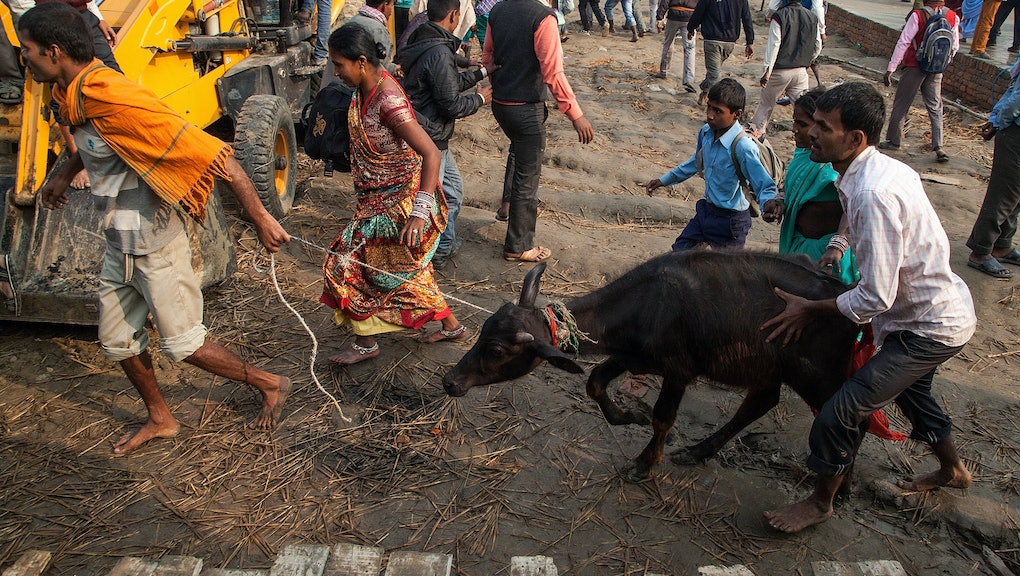 While Americans were busy stuffing themselves Thursday with the cooked remains of 45 million turkeys, Hindus in Nepal were sharpening knives — well, swords — for their own celebration of animal sacrifice.

The Gadhimai festival, a monthlong celebration in the Nepalese town of Bariyarpur, features the world's largest sacrificial slaughter of animals ranging from water buffaloes, pigs and goats to chickens, rats and pigeons.

Held every five years and bringing in more than 5 million spectators, the festival is held with the goal of pleasing Gadhimai, the Hindu goddess of power. The death toll is as high as 500,000 animals.

The photos are well, exactly as wild as you would expect.

Not everyone loves this celebration. A campaign to ban the festival has been spearheaded by French actress and animal-rights activist Brigitte Bardot, who has petitioned Nepal's president to end the "cruel tradition."

This year, Humane Society International, the international division of animal-protection nonprofit Humane Society of the United States, successfully petitioned India's Supreme Court to stop animals at the border destined for slaughter at Gadhimai.

According to Human Society International, more than 2,500 animals have been saved — although with anywhere between 300,000 and 500,000 animals facing the butcher's kukri over the next two days, that's a drop in the bucket.