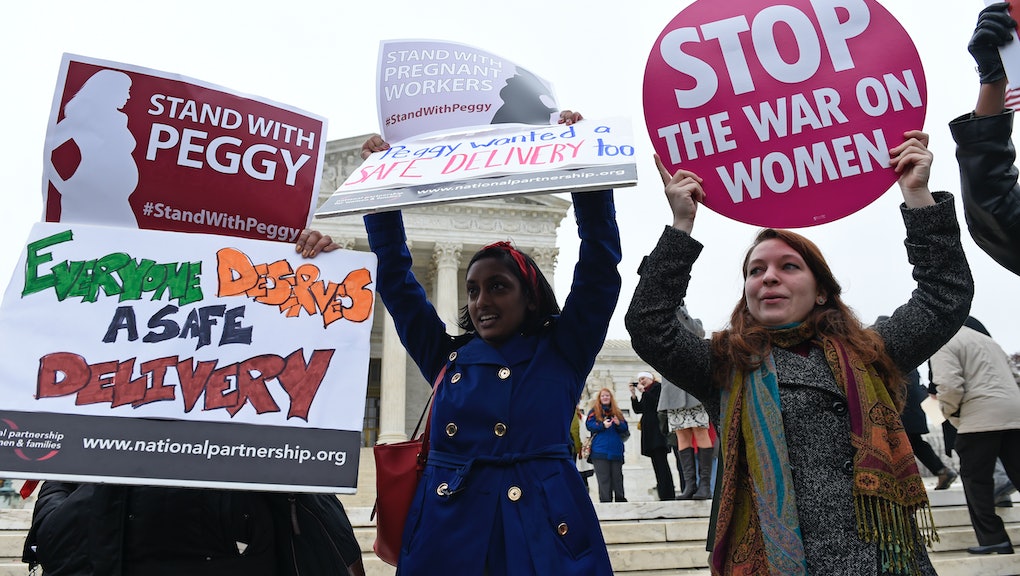 2014 is almost over, which means it's time to reflect on the past 12 months and think about what we've learned so we don't make the same mistakes next year.

Luckily, women don't have to do much soul-searching on this front, thanks to the many wise men in government, media, academia and beyond who so generously imparted invaluable lessons upon us this year. From reminding us about all the things we can't do (or say, or wear) to doling out lessons in civility, the patriarchy made women its de facto pupils in 2014.

It might be tempting to dismiss these lessons as no more than condescending and offensive nuances, but the truth is, they are truly blessings in disguise: The patriarchy taught us so much.

So listen up, ladies. Here are eight of the most helpful lessons women learned this year.

1. Only you can prevent your own rape.

Just ask CNN's Don Lemon, who, in the wake of multiple sexual abuse allegations against Bill Cosby, asked a victim on air why she didn't bite her attacker's penis. The implication, of course, being that she could have prevented her own assault if she had just thought ahead and used her teeth as a weapon.

But if the biting approach isn't your style, don't worry. There are plenty of other ways to prevent rape! For example, Ramapo College taught us that practicing anti-rape faces is a surefire way to avoid assault, and former George Washington University president Stephen Trachtenberg invoked the foolproof argument that women can sidestep rape by not getting drunk. Better yet, don't go outside or interact with the opposite sex at all.

Rape may not be the victim's fault, but if we've learned one thing this year, it's that the system is going to blame them for it anyway.

Are you relieved or empowered yet?

Two men have come up with the perfect solution to our smelly, gross anatomy: a probiotic beverage called Sweet Peach.

Austen Heinz and Gilad Gome, the brains behind the product, recently explained their motivation at the DEMO conference. Inc. magazine summed up the gist of their product: "The idea is personal empowerment. All your smells are not human. They're produced by the creatures that live on you."

Besides saving the world one vagina at a time, Heinz and Gome are also working on making cat and dog poop smell like bananas. Hooray! Next year, your whole family can smell like fruit. (Except for dudes, because they clearly are perfect as is; Heinz and Gome don't have any male-oriented scentsations in the works).

3. You have no business being in a restaurant if you're single.

If you live in Saudi Arabia, that is. Restaurant owners are banning single women because, as one owner told the BBC, women have reportedly incited incidents of — gasp! — flirting. Eating in public and flirting? That's a huge no-no.

If you simply must go out, there is a loophole: Just take a male guardian with you (and be sure to practice your anti-rape face ahead of time).

4. No skirts for you! Your fashion choices are disruptive to men.

Whether they're wearing yoga pants, shorts or dresses, young women are distracting their male peers left and right. One kindergartner in Henry County, Georgia, even had the audacity to wear a skort (a shorts and skirt combination) that riled up other students and teachers.

Thankfully, school administrators across the country have taught us the meaning of modesty with dress codes and are helping protect male students from these hypersexualized girls. For example, girls attending Haven Middle School in Evanston, Illinois, were banned from wearing yoga pants and leggings because they were "too distracting" to male students. It's a good thing too; it would be a travesty if those boys' test scores were lowered by those leggings.

5. You're not equal to men because nature.

Turkey's President Recep Tayyip Erdogan had the courage to say what we've all been thinking: that men and women aren't, and never can be, equals.

Erdogan delivered these thoughts at a women's conference in Istanbul this November: "You cannot put women and men on an equal footing. It is against nature." He then said, "In the workplace, you cannot treat a man and a pregnant woman in the same way."

Because obviously! Just as nature intended.

If GamerGate taught us anything, it's not that harassment of women is a serious issue; it's that women shouldn't be gamers. Never mind the outrageous claim that the gaming industry is filled with dangerous, misogynistic trolls who hate having women play — or write about — video games. That's just nonsense.

The 48% of gamers in the U.S. who are women should get back to what really matters: cooking, cleaning and birthing.

7. You should appreciate it when strange men catcall you.

Especially if they're good-looking! Forget what the makers of that viral catcalling video are trying to tell us; deep down, women love hearing from strangers how great their asses look.

Steve Santagati nailed it when he appeared on CNN this November to discuss so-called street harassment: "I am more of an expert and I'll tell you why — because I'm a guy and I know how we think more than you guys... The bottom line is this, ladies: You would not care if all these guys were hot. They would be bolstering your self-esteem and bolstering your ego."

Never mind the fact that street harassment has been shown to make harassees feel angry, annoyed and disgusted.

After all, imagining how women might otherwise get a self-esteem boost, like by achieving career goals or having healthy relationships, is just plain baffling.

8. Corporations are people, but women aren't.

In June, the Supreme Court's decision in Burwell v. Hobby Lobby essentially established that corporations are people with rights, but women aren't. The ruling, decided by an all-male majority, sided with the owners of Hobby Lobby and agreed that corporations have a religious right to deny birth control coverage to female employees — who in turn, don't have the right to equitable health care.

It's a good thing this decision legalized discrimination, because otherwise we might all be wondering which freedoms are for whom. This definitely sets the record straight.

The bottom line: If it weren't for these treasured lessons, it's unclear how women would cognitively function, let alone learn anything new this year. How else would we know our vaginas should smell like ripe fruit, or that we alone have the power to prevent sexual assaults?

Looking ahead to 2015, we can only hope there are more willing teachers ready to roll up their sleeves and help us grow.