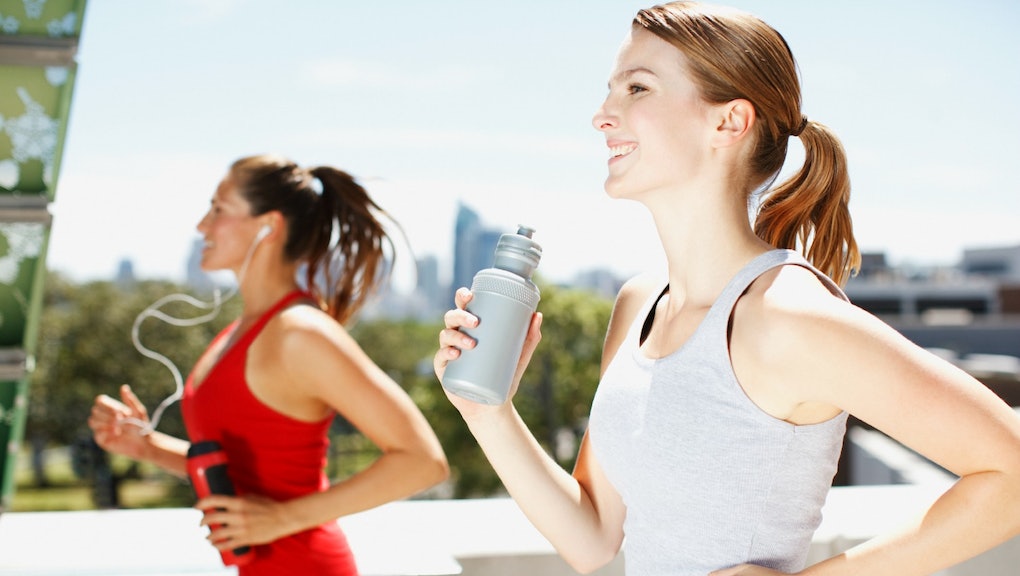 Science Has Excellent News for People Who Run

Want to maintain the energy of a 20-year-old into your elder years? There might just be an easy way to make it happen: running.

A new study published in the journal PLOS ONE found older people who run multiple times a week, instead of just walking, have similar fitness levels to 20-year-olds. While some people flock to supplements and face-lifts to stay young, the trick to maintaining a youthful lifestyle might be as easy as jogging.

The study: Researchers from the University of Colorado Boulder and Humboldt State University monitored the oxygen consumption and carbon dioxide production of 30 adults around age 69 who either walked or ran on a regular basis. During the study, participants walked on a treadmill at three different speeds.

The results: Runners showed similar energy intake levels to those of young adults who had previously completed the studies. Walkers in the study, on the other hand, "expended up to 22% more energy than the younger crowd," Time reports.

While walking may have its perks, including lowering risk for heart disease and improving mood, it doesn't provide the same benefits of running, like muscle efficiency.

Why you should care: Running doesn't just make you feel younger, it also could make you live longer. Although previous studies suggest that running too much could lead to a shorter lifespan, due to overexertion of the heart, it's indisputable as to whether those who run tend to enjoy "longer and better health."

A study reported by the New York Times in 2011 found that "exercise reduced or eliminated almost every detrimental effect of aging in mice." While the sedentary mice were "bald, frail and dying," the mice that ran maintained their youth, along with the integrity of their fur and muscles.

The body isn't the only thing that benefits from running either. Research published earlier this year also found that this form of exercise could help preserve mental sharpness. NPR reports that if you run when you're 25, you'll likely reap the benefits 20 years later, with a sharper memory and better cognition.

So tie up those running shoes and hit the trail. You'll thank yourself when you're older.