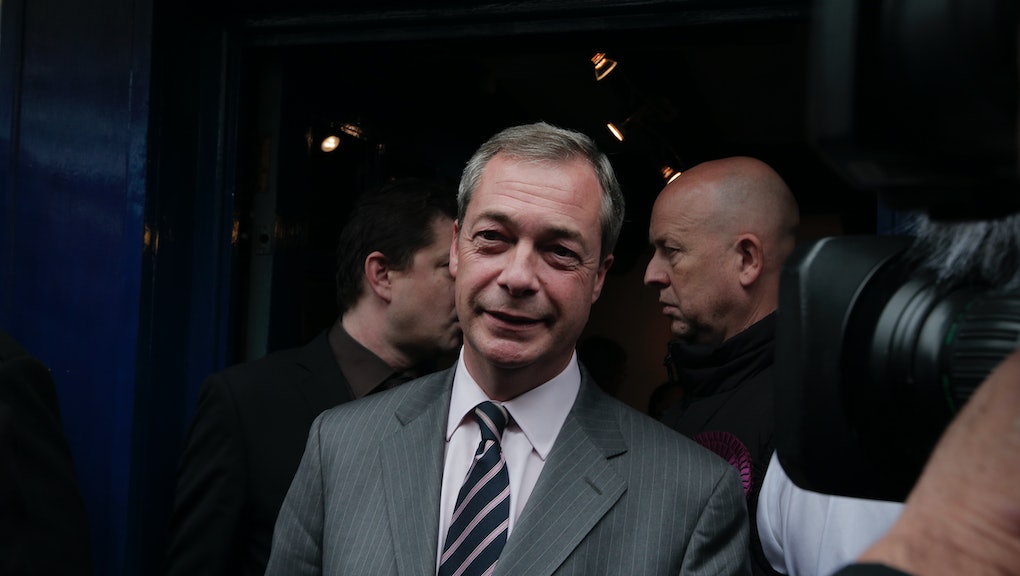 #ThingsThatAreNotMosques Is the Best Response to the UK's Anti-Immigration Party

The U.K.'s anti-immigration party has made a huge mistake after mistaking Westminster Cathedral for a mosque.

The party's anti-immigration stances blew up in its face this week. The BBC's Daily Politics attempted Tuesday to conduct an experiment to determine if party leader Nigel Farage really has what it takes to lead the nation as prime minister. The quick experiment started simply enough:

The BBC planned to ask Londoners about Farage's leadership potential with a "yes" or "no" vote. The BBC then ran the story and found the "no" answer clearly took the prize. But some party members were not pleased with the BBC's admittedly simplistic methodology and shot back.

Things took a bizarre turn when the party's South Thanet branch's Twitter handle accused the poll of bias when it asked why the experiment had been held outside of "a mosque."

As the above Twitter conversation pointed out, contrary to the South Thanet's claims, the poll had not taken place outside of a mosque but outside London's well-known Westminster Cathedral. As the Washington Post wrote, to be fair, the cathedral's Neo-Byzantine style is relatively rare for an English church, but "it is definitely not a mosque."

Writer and actor Alex Andreou took to Twitter on Wednesday to point out some other things that are not mosques — and a hashtag was born:

And in case it still wasn't clear, someone updated the appropriate Wikipedia page:

While some may chalk up the initial tweet to a trigger-happy social media manager who made a mistake, the United Kingdom Independence Party's anti-immigration policies have a sordid history of leaning way too close to straight-up Islamophobia. Earlier this year, a party candidate tweeted an impossible-to-misinterpret attack of "Islam is evil."

After some of the dust had settled with #ThingsThatAreNotMosques, the BBC tried to get a clarifying explanation from Farage, asking, "Why don't your members in Thanet know the difference between a mosque and the premier Catholic cathedral in the country?"

"Well, the people's army are not all wholly trained," Farage said. "They are enthusiastic volunteers, and volunteers make mistakes!"

While an excited and motivated volunteer base is good news to any political party, with mistakes like these — as the United Kingdom Independence Party gains more traction in the country's political scene — it may just continue to find itself in hot waters.