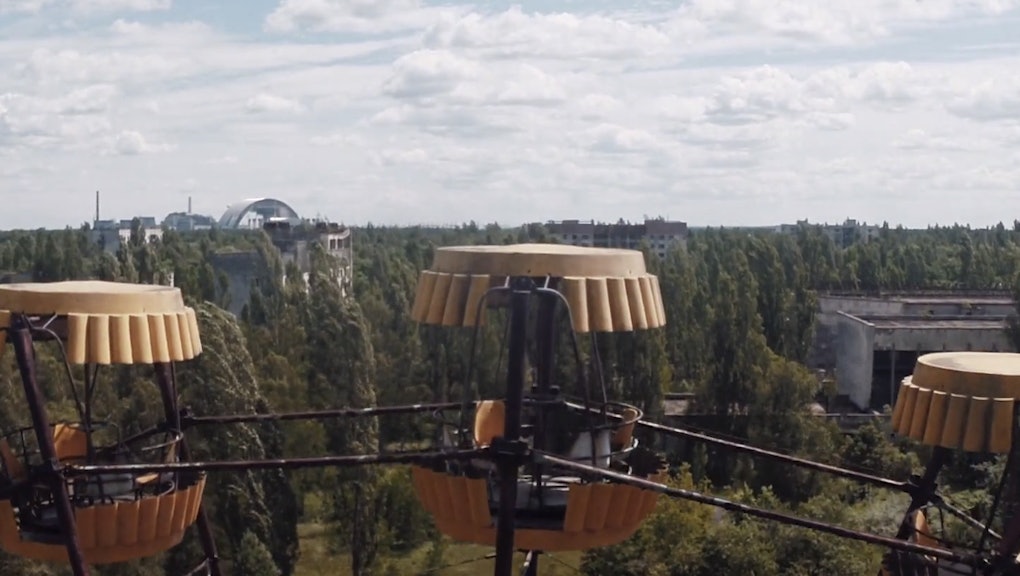 Someone Flew a Drone Through Chernobyl and the Result Is Haunting

The Chernobyl Nuclear Power Plant melted down in 1986, creating a 1,000-square-mile exclusion zone that has been almost completely devoid of human interference for decades. Now you can take a tour, courtesy of a camera-carrying drone.

Come for the abandoned ferris wheel, stay for the eerily peaceful city being overtaken by nature. It's enough to make you want to take a trip and hang out there. Almost.

Behind the scenes: The video is the work of British filmmaker Danny Cooke, who visited Chernobyl this year while working for 60 Minutes. In the video's description, Cooke explained the personal connection he has to the subject matter:

Chernobyl is one of the most interesting and dangerous places I've been. The nuclear disaster, which happened in 1986 (the year after I was born), had an effect on so many people, including my family when we lived in Italy. The nuclear dust clouds swept westward towards us. The Italian police went round and threw away all the local produce and my mother rushed out to purchase as much tinned milk as possible to feed me, her infant son.

The background: Don't worry too much about Cooke — Pripyat, the Ukrainian city where this is set, is safe to visit for short periods of time. It was once home to 50,000 people.

If you're interested, parts of the exclusion zone have actually been declared safe for public tours. There are still about 197 people living in the exclusion zone — generally residents who never left after the disaster. Most are elderly, and the number has been dropping over the past few decades.

If you'd rather stay home, of course, consider Cooke's drone your tour guide. This is what a city looks like when all the people disappear.