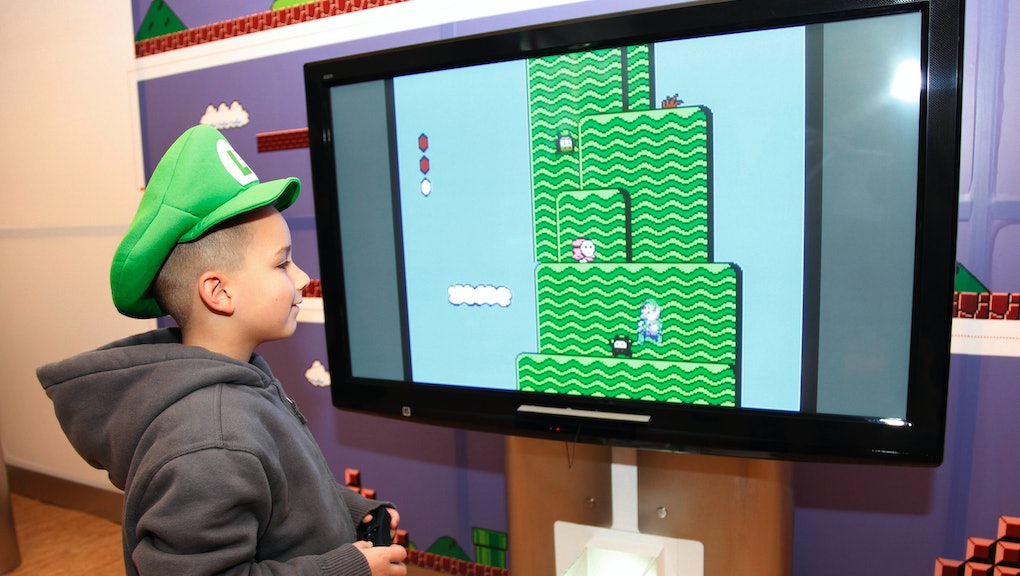 Super Mario on the subway? Legend of Zelda in line? Pokémon on the plane? This is the brave new world Nintendo wants for us if its latest patent is any indication.

The Japanese game giant recently patented an invention that would allow users to emulate games across different devices, reports TechCrunch. That includes your smartphone, as well as seatback displays in planes and trains.

The background: Nintendo has emulated old games in the past, but so far they've only been made available on the company's game consoles. The company branched out a bit with mobile apps, but they've always been tied into a console-only game.

Nintendo president Satoru Iwata has said in the past that the company is best off producing its own devices and that mobile content should only be used to push players toward the company's consoles. "It doesn't mean that we should put Mario on smartphones," he said, according to Gamespot.

While there are plenty of (illegal) emulators for classic games online, Apple won't let any mobile versions through its screening process. If Nintendo had an official version, of course, it likely wouldn't have any such trouble.

What it means: Nintendo's strategy up until now has been that these classic games are one more reason to buy its consoles. If you put Super Mario on a phone, the thinking goes, that's one less thing the Wii U (or whatever the newest hardware is) can offer.

But the patent shows that the company is at least taking the huge mobile gaming market very seriously. Given Iwata's previous comments, it could leave room for a compromise — buy a Nintendo console, get access to its mobile app with classic games available.

For players, it could mean a new era of classic adventures to suck away time. After all, if you had Pokémon on your phone, would you ever play Candy Crush again?