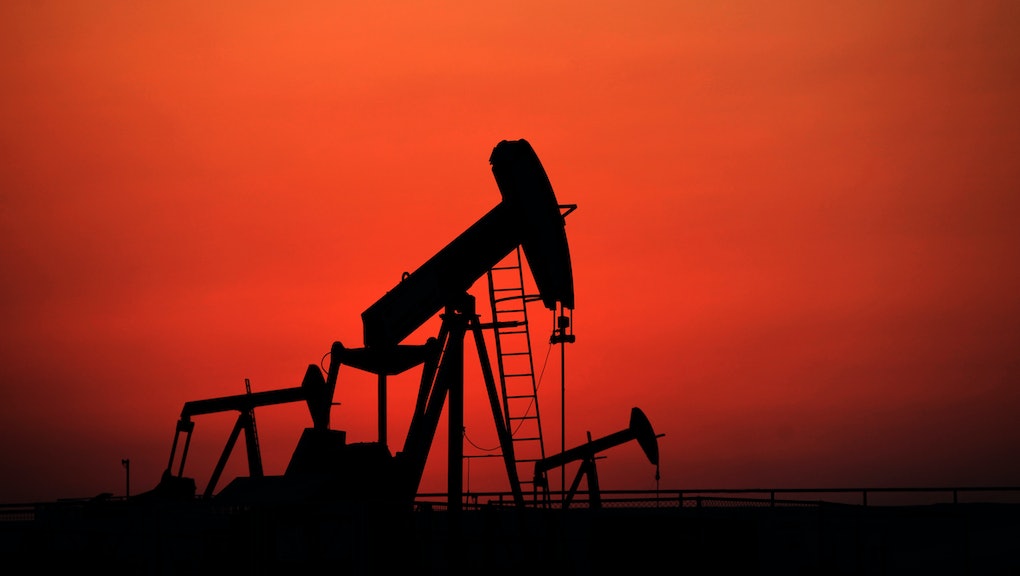 Countries like Saudi Arabia, Iran and Venezuela are at war with the United States — an oil price war, that is.

Members of oil producer cartel OPEC want to undercut the United States as oil prices drop steeply around the world. U.S. companies are seeing an oil boom thanks in part to fracking, but if prices get too low it won't be worth all that drilling becomes of the controversial practice's inherently high costs.

What it will come down to is this: If OPEC thinks the United States won't be able to maintain their lower prices, they might limit their own supplies and try to drive global costs back up. But OPEC could also drop their prices way down and try to push the United States out of the market. Either way, get ready for a serious game of global oil chicken.

The background: Oil prices have dropped to about $70 from $110 in just a few months. That's thanks to more supply from the United States as well as less demand from countries like China, which was buying up tons of oil a decade ago but has since slowed its roll.

OPEC's 12 countries met in Vienna this week to decide on how to handle the drop. The thinking of some members is that the countries are better equipped to withstand low prices than U.S. companies are since fracking is so expensive. It's essentially a game of chicken to see who blinks first at how little money oil is making.

"OPEC is always fighting with the United States because the United States has declared it is always against OPEC," Venezuelan Foreign Minister Rafael Ramirez said, according to Reuters. "Shale oil is a disaster as a method of production, the fracking. But also it is too expensive. And there we are going to see what will happen with production."

What it means: While they may be presenting a united front, OPEC members disagreed behind the scenes. Countries like Venezuela and Iran, which don't have as much money, wanted to cut production to get prices back up. Rich Saudi Arabia, meanwhile, was all-in on a price war.

Given the disagreement, OPEC is taking a sort of wait-and-see approach. If U.S. companies still seem to be going strong, or if poorer member countries start really struggling, oil production might get cut and prices might start to rise again.

The price war likely means cheaper gas here in the United States. But it can also mean more oil consumption — which puts an even greater emphasis on environmental initiatives trying to wean us off fossil fuels.