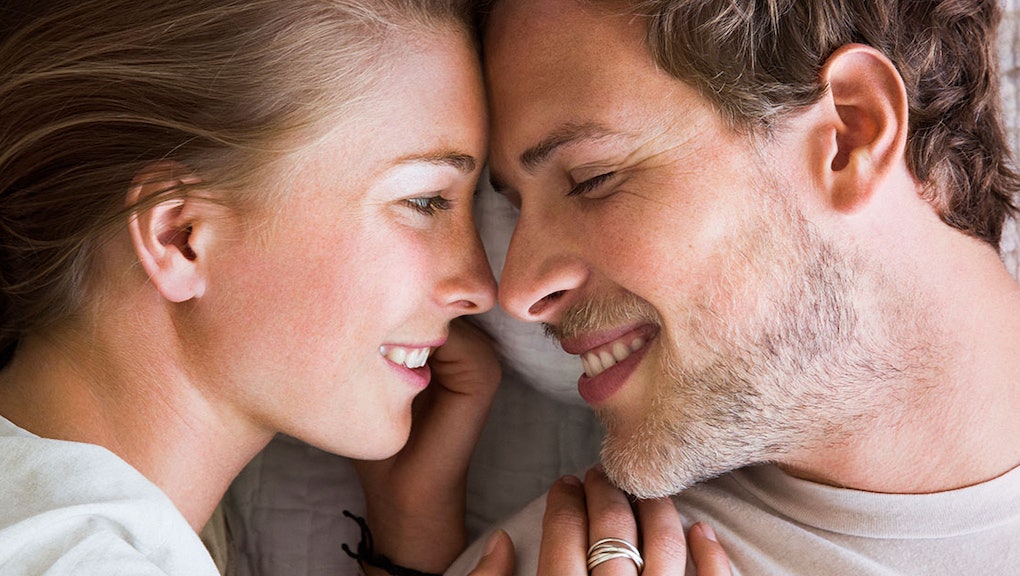 There's Great News for Married Couples Who Are Happily in Love

Almost every fairy tale ends with "and they lived happily ever after." And while that's an ideal any couple wants, it turns out a healthy relationship means more than just a healthy marriage, it also means healthy hearts.

A new study published in the Journal of Health and Social Behavior that offered one of the first large-scale population-representative studies of this supposed link has confirmed a positive correlation between overall marriage quality and cardiovascular health.

Hui Liu, an associate professor of sociology at Michigan State University, and Linda Waite, a professor of urban sociology at the University of Chicago, examined data from roughly 1,200 married men and women between the ages of 57 and 85 over a five year period. Looking at self-reported accounts of hypertension, rapid heart rate and general cardiovascular events, Liu and Waite compared these statistics with each survey participant's assessment of their marriage quality based on factors like how demanding or critical a spouse is.

Not only did the researchers find a positive correlation between marriage strength and heart health, but they also found that as couples aged together, these heart-health implications grew stronger. In other words, years of marital problems compound themselves into even worse heart issues. This is especially true for women, as the authors write, "It may be that women are more likely to internalize their emotions and feelings about marital strain and thus are more likely to feel depressed than are men."

While a number of factors can contribute to a healthy or unhealthy marriage, as LifeHacker previously reported, there is a proven reason not to go to bed angry: Going to sleep can "protect" or maintain your currently held emotions and only make them stronger, rather than letting them dissipate with time as they would usually do when you're awake.

"Marriage counseling is focused largely on younger couples," Liu said in a statement. "But these results show that marital quality is just as important at older ages, even when the couple has been married 40 or 50 years."

However, while a bad marriage might mean a bad heart, past studies have shown that it might be better than no marriage at all. One study that examined over 3,500 adults over a decade found that, even when existing health factors are considered, married men are 46% less likely to to die than unmarried men, the Huffington Post reports.

So while a marriage might be good for your health, going to sleep angry and other negative relationship behaviors may be doing terrible damage to your heart functions. Talk about heartbreak.