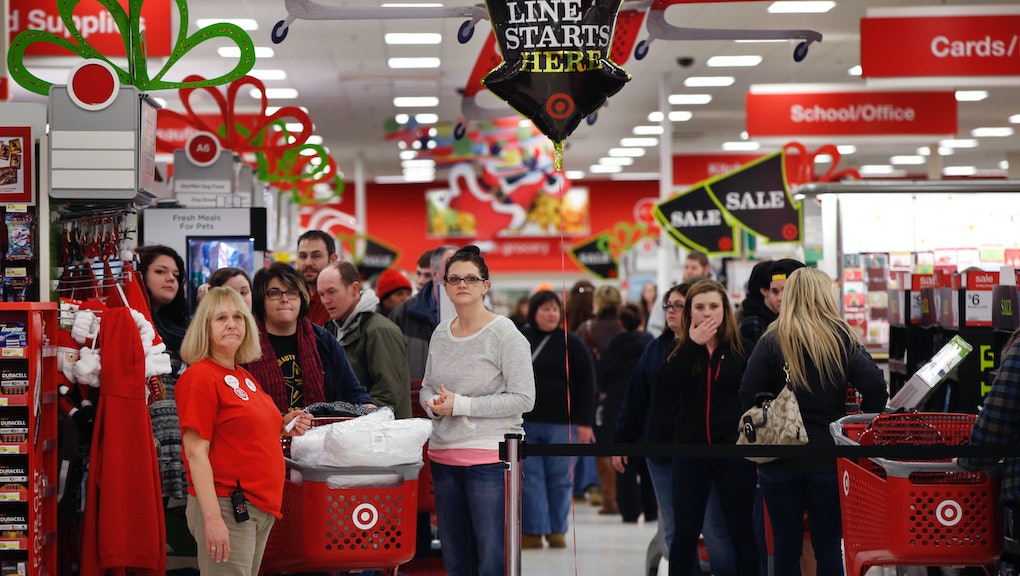 Americans Made History This Black Friday, But Probably Not in the Way You Think

Shoppers usually think of Black Friday as a time to pick up a new flatscreen TV or the hottest toy, but this year, one item was making the cash registers ring faster than ever: guns.

According to CNN, so many guns are being purchased this record-setting weekend that the FBI is processing an astounding three background checks every second.

Firearm sales always see a huge jump on the biggest shopping weekend of the year, as stores offer deals and shoppers look for guns to give their loved ones. It also means a lot of work for the FBI, who have to run background checks on all the buyers.

"We are averaging three checks per second," FBI spokesman Stephen Fischer told CNN. "The challenge is to have staff keep up with this volume. We do that by limiting personal leave, asking employees to work extra shifts and reutilizing former ... employees to serve in NICS during this busy period."

The numbers: The FBI tends to hire 100 extra employees over this period, bringing the total number of people working on background checks up to about 600.

Despite the 17-hour work days and the extra help, about 3,000 background checks will go unfinished according to CNN. That's out of more than 144,000 checks last year — a number the FBI says will likely be surpassed this year.

In total last year, the FBI processed about 21 million background checks. About 1.1% of those were denied.

How it works: Just how many checks the FBI can finish depends on how time intensive each check is. While some are relatively simple, others require officials to go through criminal and/or mental health records.

A felony conviction, arrest warrant, drug problem, mental illness, undocumented immigration status, dishonorable military discharge, renunciation of U.S. citizenship, restraining order or a history of domestic violence or indictment for any crime punishable by longer than one year of prison can all disqualify someone from purchasing a gun, according to CNN.