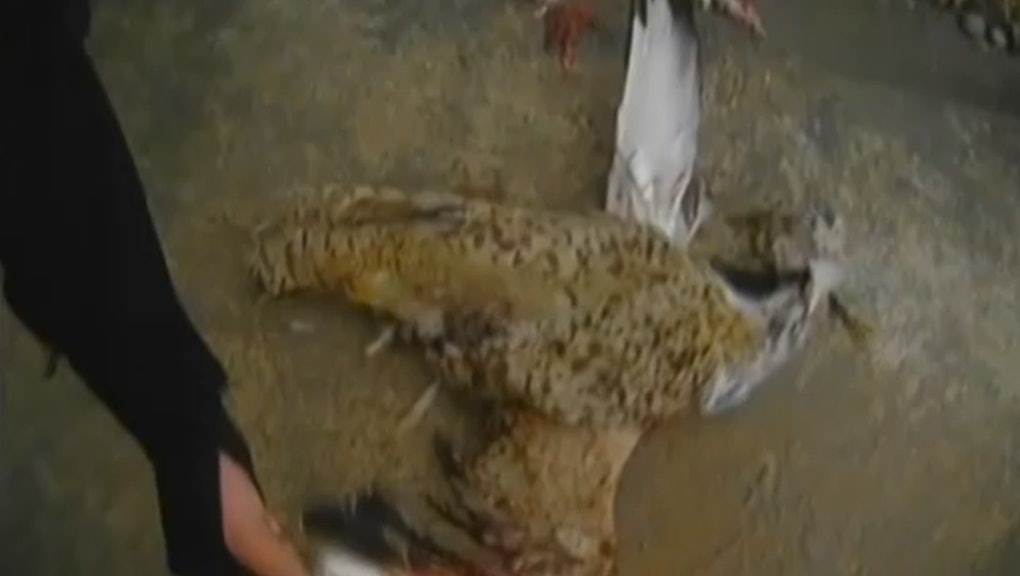 Officials in Afghanistan are currently investigating the origins of strange cyborg bird, outfitted with explosives and surveillance equipment, that was discovered walking along a highway in the northern part of the country this week.

Provincial police chief Maj. Gen. Abdul Nabi Ilham told NBC News on Saturday that local police noticed the white bird — which is not native to the region and authorities described as "larger than an eagle" — walking along a highway in the northern Faryab province, a region ravaged by Taliban violence.

When an officer spotted an antenna, police decided to shoot the strange fowl. The bird then exploded, with "suspicious metal stuff" scattered around, NBC News reports. "We are gathering all the stuff, but found parts of what looks to be GPS and a small camera," Ilham said

According to NBC News, "Afghan police said they are investigating how a wild bird came to bear an antenna, electronic devices and explosives."

NBC News notes that using animals for suicide missions is "not unheard of" and that Hamas militants reportedly put explosives on a donkey and sent it toward Israeli soldiers during intense fighting in Gaza this past summer. Still, Afghan police say this is the first time they've ever run into an exploding bird. Based on the gruesome images above, hopefully it'll be the last.

An earlier version of this article cited NBC reporting, but did not include quotations around the cited passage. The story has been updated to fully attribute the NBC's language.