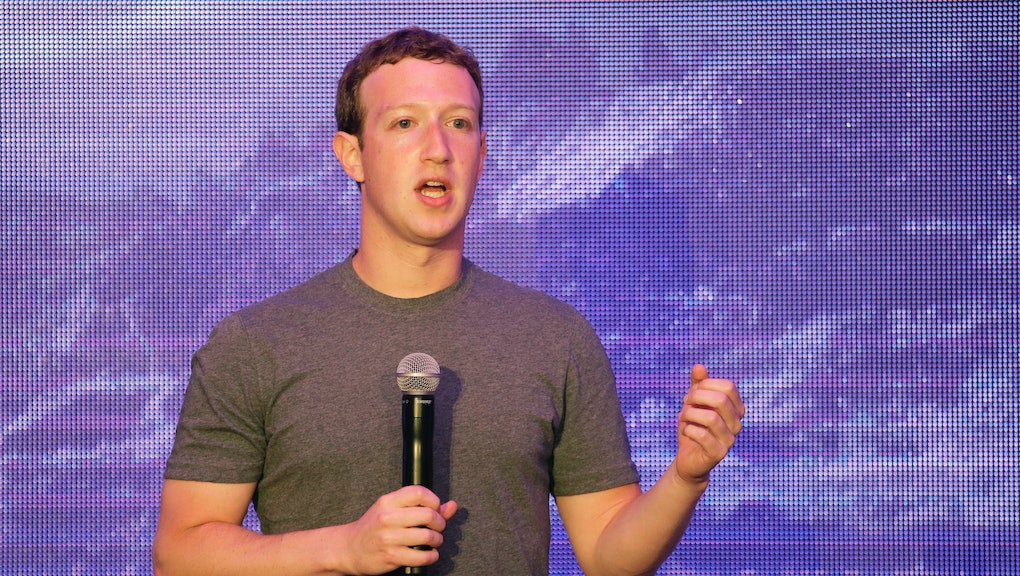 That Facebook "Copyright Protection" Message Is Garbage, So Stop Posting It

In the last week of September, Facebook users have been hoodwinked another time by a hoax designed to trick the gullible into copy and pasting legal mumbo jumbo and fake information into their statuses. The hoax status updates purport to protect users' privacy, but are either the result of serious confusion or deliberate schadenfreude.

The chain message comes in two versions this time: the classic legalese version citing unrelated treaties like the Rome Statute of the International Criminal Court and another promising to help Facebook users keep their account private for free.

Here's the first version (the date seems to be periodically changed to lure fresh victims):

As of September 28th , 2015 at 10:50 p.m. Eastern standard time, I do not give Facebook or any entities associated with Facebook permission to use my pictures, information, or posts, both past and future. By this statement, I give notice to Facebook it is strictly forbidden to disclose, copy, distribute, or take any other action against me based on this profile and/or its contents.

The second flavor, CBS News reports, is this notice informing users to copy and paste a message or risk losing their privacy rights:

Now it's official! It has been published in the media. Facebook has just released the entry price: £5.99 ($9.10) to keep the subscription of your status to be set to "private." If you paste this message on your page, it will be offered free (I said paste not share) if not tomorrow, all your posts can become public. Even the messages that have been deleted or the photos not allowed. After all, it does not cost anything for a simple copy and paste.

Unfortunately for the thousands of people sharing them, neither message is worth the bytes they're copy-and-pasted on.

As explained below, the first message is pure nonsense and has no legal force whatsoever. The second message, claiming Facebook will soon be charging $9.10 to keep accounts private, is untrue, Facebook told CBS News, while Snopes reports a nearly identical message circulating in 2011 was bait to lure people to a site laden with malware.

Original article, Dec. 1, 2014: Facebook is rolling out a massive update to its privacy controls in the next few weeks, which has triggered the usual fears that the social media giant is overstepping its boundaries when it comes to your personal information.

If you have a Facebook account, you've no doubt encountered some of your friends reposting a so-called legal "release" exempting themselves from the supposedly onerous new terms and "declaring" their intellectual property rights to all information posted to their Facebook accounts.

The only problem? Posting it doesn't do anything. It's all legal gobbledygook with no meaning beyond its status as a chain letter. Here's the full text of the current incarnation of the misguided letter:

Due to the fact that Facebook has chosen to use software that will allow the theft of my personal information, I do declare the following: on this day, 30th November 2014, in response to the new Facebook guidelines and under articles L.111, 112 and 113 of the code of intellectual property, I declare that my rights are attached to all my personal data, drawings, paintings, photos, texts etc... published on my profile since the day I opened my account. For commercial use of the foregoing my written consent is required at all times.

There are more than a few reasons that this is total make-believe, starting with the fact that signing up for a Facebook account means that you've already agreed to abide by the legal terms of the company's Statement of Rights and Responsibilities. In that document, Facebook agrees that users retain copyright to everything posted on Facebook while reserving a "license to use and display that content." So, congratulations! You don't need to reassert your intellectual property rights, because you already affirmed them when you signed up for Facebook (or when your country signed the Berne Convention). Nice work, everyone!

And that's besides the point: Who in their right mind thinks that posting some random legal jargon actually changes the nature of your relationship with Facebook? As Gawker's Max Read pointed out while reviewing a near-identical chain letter in 2012, the legalese is all nonsensical. He references Snopes' assertion that UCC 1 1-308-308 1-103 is "popular among conspiracy buffs who [incorrectly] maintain that citing it above your signature on an instrument will confer upon you the ability to invoke extraordinary legal rights." Read also noted that there's also no such thing as an "open capital entity," which seems to reference Facebook's status as a publicly traded corporation but has nothing to do with its user agreements.

Other citations are just as useless; the Rome Statute set up the International Criminal Court, which is almost exclusively used to prosecute high-profile war criminals. Unless you've been posting selfies from Syria, it's unlikely that the ICC will ever hear anything relating to your Facebook statuses.

Finally, it's more than a little suspicious that the post ends by asking you to repost it. It seems like a deliberate attempt to create the exact kind of chain post that you'd otherwise pay no attention to.

In short, Facebook has rights to all of your Facebook posts and there is absolutely nothing you can do about it other than deleting your account or not creating one in the first place. Whether or not Facebook's practices are ethically questionable is beside the point, because by creating an account, you've already agreed to the company's terms.

That might place you in a tough spot. (Is staying in touch with friends and family worth selling so much personal information?) But it's not one you can wish yourself out of by posting some jumbled nonsense to your wall.