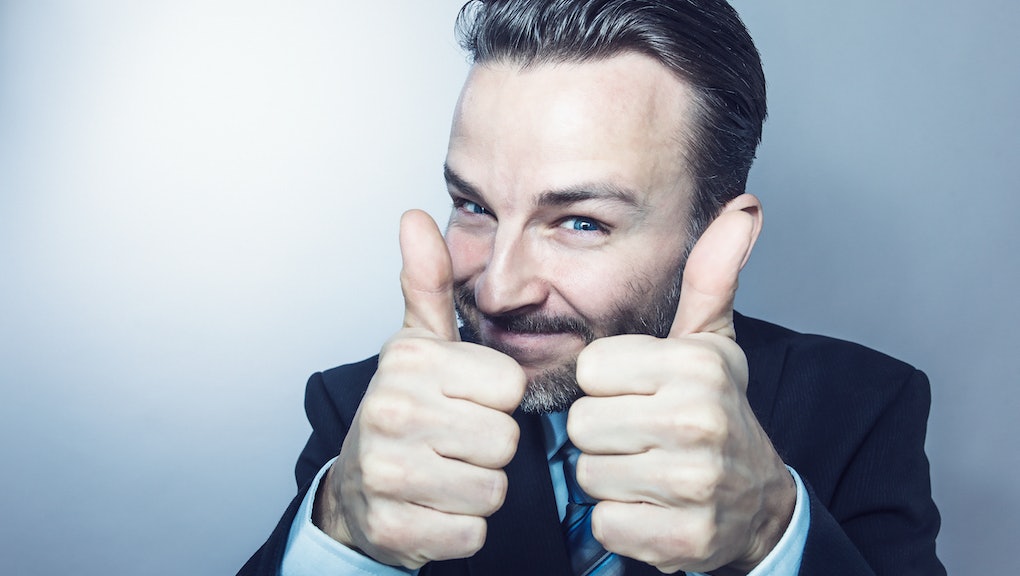 Facial hair is making a comeback in the business world. The ideal of the clean-shaven businessman is in recession as both Silicon Valley titans and bankers have increasingly embraced beards in the boardroom. And this trend may be telling us a great deal about how comfortable these captains of industry are feeling about the direction of the economy.

Historian Stephen Mihm wrote in the New York Times that the manner in which facial hair has waxed and waned over the ages has often signaled the stability of capitalism in any given era. A hirsute countenance becomes a symbol of rebellion when capitalism faces substantial threats from dissidents, while brighter prospects for free marketeers is typically accompanied by the growth of facial hair among the business elite.

In premodern times in the Western world, a thick beard suggested high status and vitality, and men were stripped of them upon entering servitude.

By the time of the early 19th century, working-class movements for political reform in the early stages of industrialization embraced facial hair as part of a leftist aesthetic. Mihm writes that hairiness became a kind of badge of honor:

As a young man, Friedrich Engels, who would go on to write "The Communist Manifesto" with Karl Marx, organized a "moustache evening" among his friends to taunt cleanshaven bourgeois "philistinism." Marx himself cultivated a huge beard and thick mustache. A Prussian spy later sent to keep tabs on him reported with a mixture of awe and anxiety: "His hair and beard are quite black. The latter he does not shave."

The failure of the wave of revolutionary movements in 1848 to take hold of Europe put many elites at ease and allowed for facial hair to take on a new meaning and reappear among the business class as a masculine trait.

Mihm further wrote that virtually every iconic member of the powerful capitalist class in the United States in the 19th century from Andrew Carnegie to Jay Gould sported facial hair, which acted as an extension of their rough-and-tumble business ethos.

But this changed again as the left contested the power of capitalists later in the 19th century:

From the 1870s onward, as the workers' rebellion revived internationally, a new wave of labor radicals sported long, unruly beards. In the popular press, as the conflict between labor and capital turned increasingly violent in the 1880s, facial hair became a shorthand for the forcible resistance to capitalism. Illustrated newspapers covering the Haymarket bombing in 1886 in Chicago showed radicals wearing unkempt, tangled beards.

Through much of the the 20th century, anticapitalist counterculture continued to lay claim to facial hair. Communists like Che Guevera, or the hippies championing him, imbued beards with an air of irreverence toward the status quo. Meanwhile, the corporate world favored immaculately shaven faces as a sign of responsibility.

Capitalism faces no serious competitors today, and thus facial hair has once again become fair game for the 1%. Some stubble or scruff doesn't risk blemishing the uniform for business interests in a time when they face no class antagonism, corporate profits are through the roof and California is once against the Wild Wild West.

In other words, next time you consider how a techie in Silicon Valley could potentially be mistaken for a hipster, it's because hipsters pose no threat to the establishment.