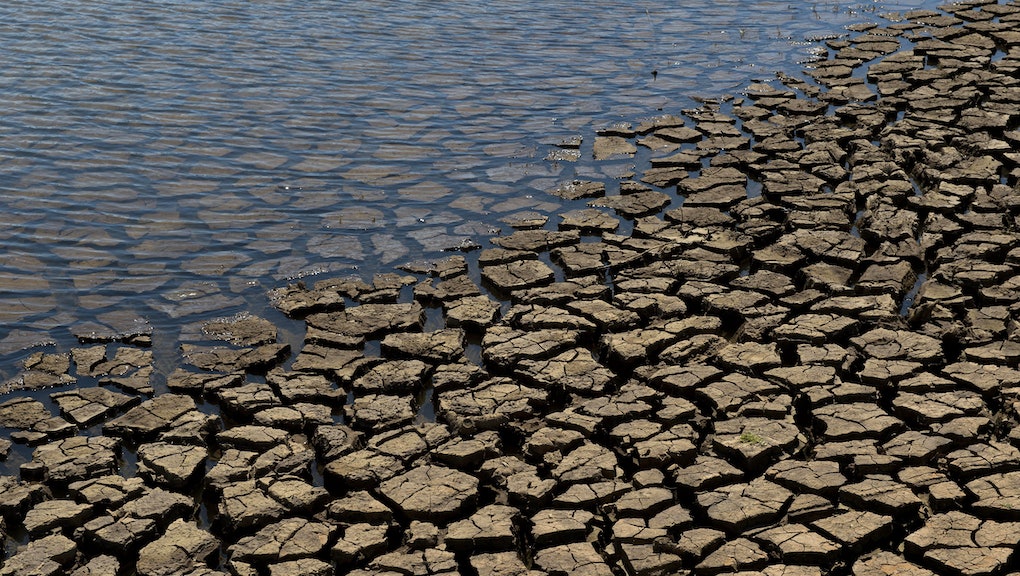 It's not just you — it's definitely hot out.

According to the National Oceanic and Atmospheric Administration (NOAA), the first 10 months of 2014 have been the hottest since data recording began in 1880, which could lead to planet-wide disaster.

Even with the "polar vortex" making its icy return and Buffalo, New York, being pummeled with snow in November, the planet on a whole has seen a rise in temperature. From January to October, average global temperature was 1.22 degrees Fahrenheit higher than the 20th century average of 57.4 degrees.

And while 2014's land temperatures only rank fourth-highest in NOAA's records, ocean temperatures and overall average temperatures across the planet's overall surface are the highest in recorded history, enough to make 2014 one for the record books.

According to CNN meteorologist Derek Van Dam, the record-breaking numbers on every continent is something we can't ignore. Global warming can lead to storms, sea levels rising and melting polar ice.

Shanghai, Bangladesh and Miami could all be threatened by rising sea levels. Within the next few centuries, melting glaciers could cause these levels could raise somewhere between 18 and 29 feet, leaving coastal cities and low-lying countries vulnerable to floods.

Furthermore, climate change has been responsible for 7.1% of the world's decline in animal populations, according to the World Wildlife Fund and the Zoological Society of London. We have lost critters from all sorts of species, and continual shifts in global conditions could result in further decline. Sad about polar bears losing their homes on the ice? You can thank global warming for that.

Most of the planet saw temperatures warmer than average. As for that blue strip in the center of the U.S., you can thank the "polar vortex" for the dip in temperature.

October 2014 alone was marked by a series of global weather anomalies. When Hurricane Gonzalo blew through the Atlantic basin, it was the first Category 4 hurricane seen since Ophelia blasted through in 2011. Cyclone Hudhud hit parts of India with 24 straight hours of rainfall and a whopping 15 inches of rain. Japan experienced two typhoons.

And still people believe it's a hoax. Even armed with these terrifying new data, political leaders have continued to deny the existence of climate change. Apparently, scientific tracking of temperatures and wildlife being forced to find new homes isn't enough to get these deniers to acknowledge shifts in global weather. It's time to start paying attention to the real-world dangers that rising temperatures are causing and finding solutions, instead of just sitting on information reminding us of these effects.