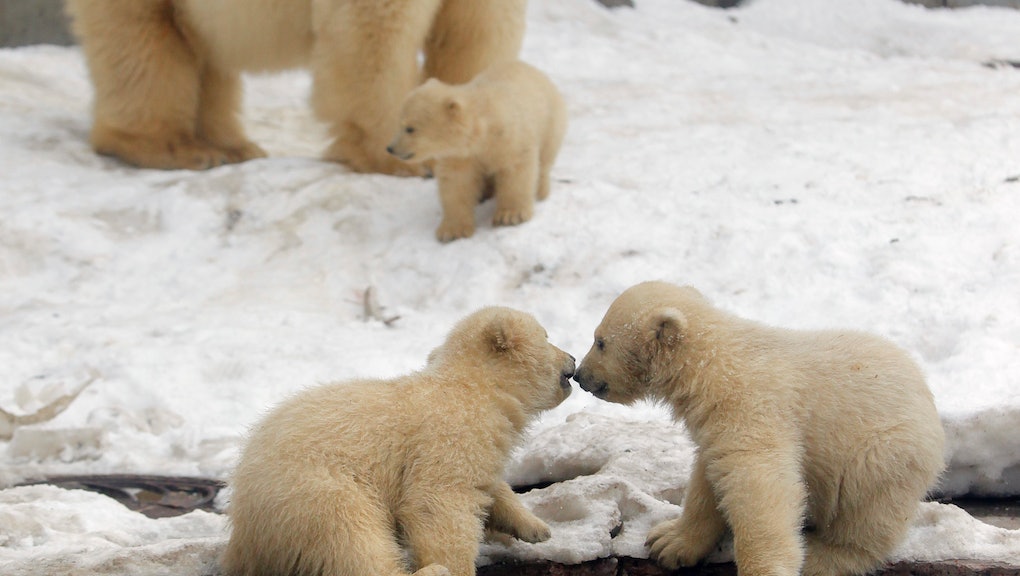 It may only have been recently proved, but brilliant minds have intuited that relationship for decades. Charles Darwin long ago asserted that natural music was the origin of human communication. In The Descent of Man, he wrote, "I cannot doubt that language owes its origins to the imitation and modification, aided by signs and gestures, of various natural sounds, the voices of other animals." Romance engulfs both humanity and the natural world, and Darwin thought that this courtship, aka that animal drive towards sexual selection, was the true beginning of musical communication, and thus language.

There's way more evidence for that than you might think. The natural world remains full of song to this day. Male humpback whales, the true crooners of the oceans, will create and sing a new and original song every year (much like country music as a genre) in hopes of attracting true love (or at least a one-night stand). Their songs can carry for miles underwater.

Similar things are found across all ecological environments. Pacific tree frogs croak in enormous choirs in hopes of attracting lady frogs, while the songs of male crickets work magic on females during their spring mating season. Meanwhile, in burrows (and laboratories), both female and male mice serenade in order to help distinguish one another. Each of these examples suggest that the Darwinian idea of music as a means of complex and intuitive communication may be exactly right.

You don't have to go to a One Direction concert to see that music is about bringing people together. But the most basic example of this is from the animal world, where musical communication is imperative to strengthening of social bonds. In the canine world, wolves howl in large groups to increase familiarity with their pack members, and also to quickly find loved ones. Even in human homes, greyhounds are known for their infectious "roo" choruses, which are a marker of contentedness and harmony.

The patterns of musical communication are so complex, though, that song can even signal different sorts of social troubles. Hyenas tend to sing within their pack, and will create individual songs with a pitch that rises in accordance with how low their social status is. They then sing their woeful tune whenever they face social conflict within a cackle (yes, that is the actual name for a pack of hyenas).

So while music may have evolved into an art for humans, it's clear that at its core it has always been about communication — about reaching from one soul to another. And even though that's the case, it's still a source of pleasure for animals. Birds across the globe greet the sun each morning with a song, antelope squirrels sing opera regardless of the season and comets hum to help pass the time. Our world will forever be full of awe-inspiring music that creates a harmonious sense of connection. Even when it sounds like this: