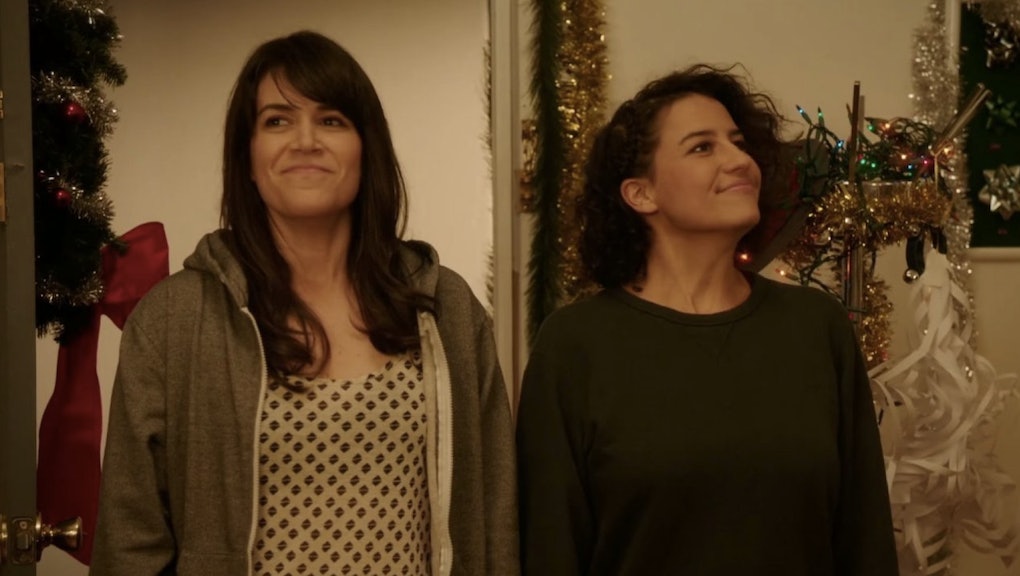 Bring it on, Ugly Sweater Party Season. From droning relatives and political disputes to forgetting to bring a gift, plenty of obstacles face the nation's myriad slackers, stoners and painfully self-aware millennials as we gear up for holiday party season.

Fortunately, Broad City's Abbi Jacobson and Ilana Glazer have you covered with this how-to guide for surviving the worst of it. Here's your checklist:

— Bring a gift. Booze is always best, for obvious reasons.

— Avoid people who bring up dead philosophers. Especially if that philosopher is Ayn Rand. There's only room for one Grinch this year.

— If you have to smoke weed, smoke weed in the bathroom. Miss Manners may never have covered it, but rest assured that no one likes a steady stream of pot smoke flowing over their hors d'oeuvres.

— Raid the medicine cabinet, inappropriately hit on other partygoers and start a fire. Wait, what?

— Escape. Later, you can blame it all on Charlie Sheen.

These are, of course, just the basics. Advanced attendees may seek other options to make their presence at events less awkward, such as getting as drunk as possible or spending the whole night on your cell phone. Experts can even try bringing a side dish specifically designed to be feasibly prepared by "slackers and overgrown children."

Unfortunately, these tips don't apply to family gatherings that you can't escape. In that case, you'll have to deal with it the way the rest of us do: stuffing your face with food until you look like a chipmunk that forgot to hibernate for the winter. Just pretend your New Year's resolution will be to start exercising.

(Broad City will return in January on Comedy Central.)