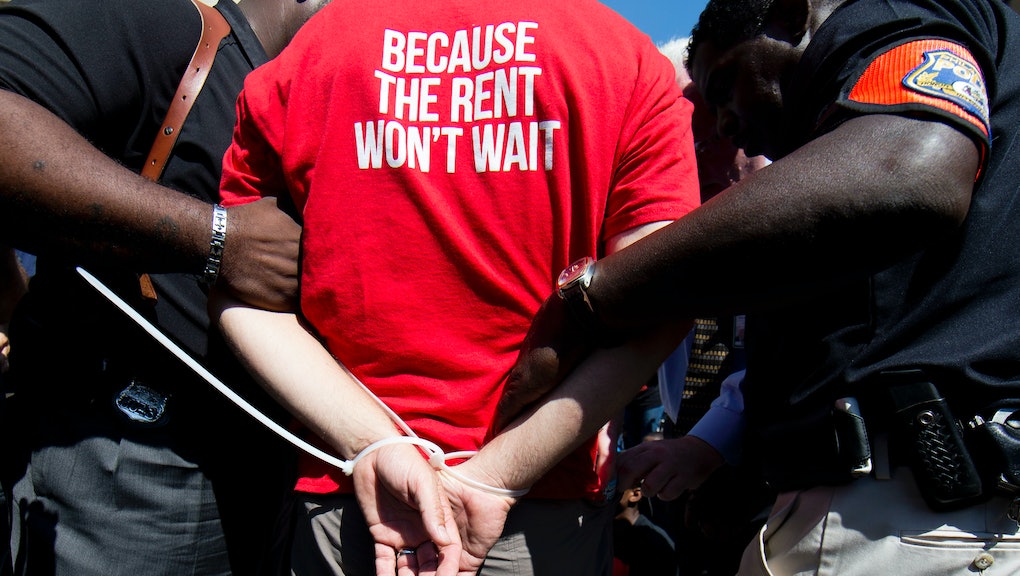 In the wake of nationwide protests on Black Friday calling for better pay at major retailers, low-wage workers are continuing to keep the pressure on employers.

Fast-food workers in 150 cities across the United States plan to strike Thursday, as part of a broader campaign demanding a wage of $15 per hour and the right to unionize, reports Al Jazeera America.

The action is the latest, promising act of worker rebellion within a sector notorious for poor pay, debilitating scheduling practices and a long history of anti-union activity.

The first of the fast-food strikes began almost exactly two years ago in New York City. Two hundred employees at different restaurants set a record for the largest work stoppage in the industry, according to Al Jazeera. Since then, their ranks have grown dramatically and spread from coast to coast.

Observers of organized labor cite the support of the Service Employees International Union as a major source of the fast-food worker campaign's growth and ability to consistently garner the media's attention through coordinated actions.

The group of workers expected to walk off the job are not organizationally connected to the thousands of Walmart employees and their supporters who protested last week against the retailer's treatment of its employees, but they're both part of a broader trend of unrest in low-wage jobs that has triggered what many see as a tipping point in the conversation about fair pay for working-class Americans.

"Fast-food and retail-worker organizing have been very successful in changing the debate in the United States about low-wage work. We could not have seen a $15 minimum wage law being passed in Seattle, in San Francisco and other high minimum wage laws in other cities were it not for the strikes and actions in the last few years," Ken Jacobs, chair of the UC Berkeley Center for Labor Research and Education, told Mic.

This is good news for people who may believe that the decline of organized labor's power since the 20th century — once a mighty force that had the power to cripple a number of industries — has rendered workers' agitation impotent. Today we're seeing the rise of a new model of worker protest, in which daylong strikes and rallies targeting a single company or sector do not threaten a company's immediate bottom dollar but instead stain its reputation and often dampen its potential for growth.

Workers are banking on a long-term campaign of shaming a corporation into treating its employees better and pressuring the government to push regulations mandating such treatment. Insofar as companies like Walmart have had trouble opening in some cities due to their labor practices, and cities are pushing for much higher minimum wages — Chicago is now considering $13 per hour — there are signs that their agitation is having some kind of effect.