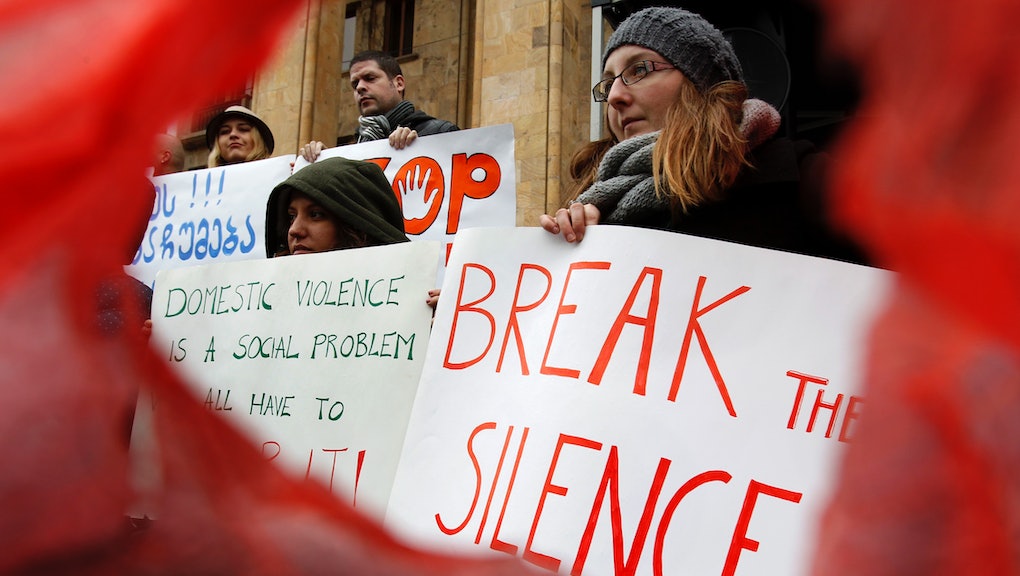 The news: This has been a watershed years for national discussions about abuse and sexual assault, from the ongoing debate about campus rape to the Ray Rice scandal and the unfolding allegations against Bill Cosby.

But in our discussions about domestic violence, one group of victims often gets left out of consideration: men. Though domestic abuse victims have been traditionally painted as women, recent studies show that men can be more likely to be victims that one might imagine. For instance, take a look at these graphs on Dadaviz:

However, the same survey also found that when it comes to lifetime prevalence of physical violence by an intimate partner, women (31.5%) are more likely to experience it than men (27.5%). When it came to rape and stalking, women experienced much higher rates of both.

What does this mean? A confluence of factors go into reporting or deciding to not report being abused, from the fear of the abuser to lack of familiarity with the definitions of abuse. The objective of these graphs isn't to determine which gender is more at risk of abuse, but rather to make the case that partner violence is something that remains prevalent in our society, regardless of the victim's gender.

The graphs are also especially helpful in pointing out the phenomenon of overlooking how commonly partner violence is perpetrated against men. Previous reports have found that men often have a harder time reporting their rape or abuse due to cultural stigmatization attached to male victimhood — just look at BuzzFeed's collection of men's Whisper posts on how it feels to be attacked by a female partner and not feeling safe enough to speak out.

One look at the response to Shia LaBeouf's claim that he was raped at his art installation shows the kind of ridicule and incredulity men face when they do speak up about alleged acts of abuse.

As we continue to have these nationwide discussions about rape, abuse and other forms of partner violence, it's important to keep in mind that anyone can be a victim, For victims of all genders, we must learn to take their stories at face value and not let gender biases color how we view their claims.