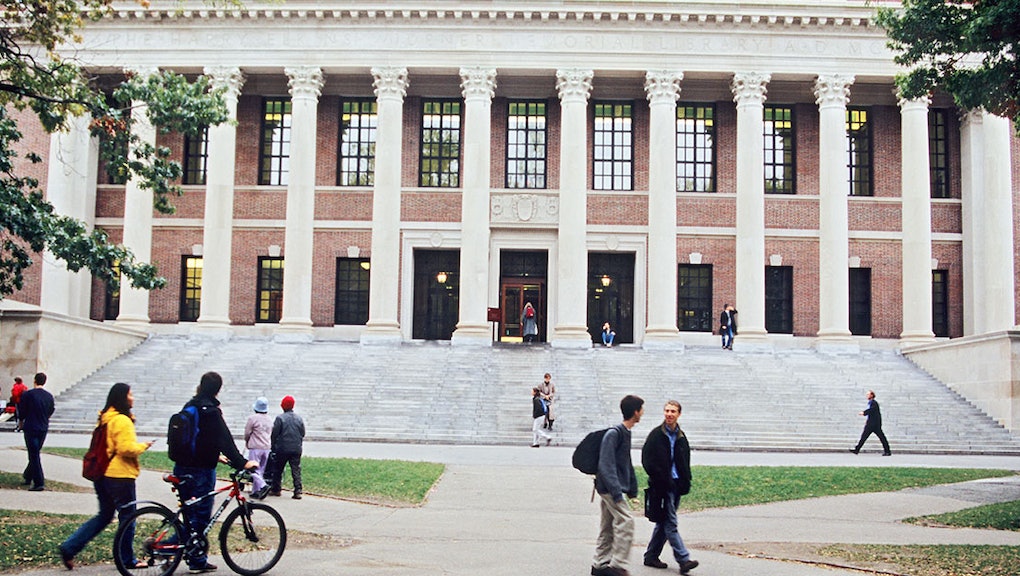 What Your College Major Says About You, According to Psychology

Most English majors know they probably won't make big bucks when they graduate, and chemistry majors are usually in for mountains of work and lots of time in the lab. But even when we know these caveats, why do we stick with our choices anyways?

A new study published in the journal Frontiers in Psychology might offer some clarity. Researchers from the University of Nottingham in England identified a combination of four reasons with varying degrees of importance that led students to their degree: career, interest in the subject, the chance to help others and loafing — "an easy option to get into higher education."

The study: The researchers interviewed on paper and online 989 undergraduates and 896 prospective student about their process of choosing a major. By assuming a correlation between motivation and expected reward, the researchers tried to focus on the students' decision-making process and specific motivations.

They found that "individual differences in motivation ... are associated with real-life choices in the context of the choice of an undergraduate degree." Basically, we all hold different life priorities and values, which shape how select our degree.

For example, students who go into medicine are concerned with helping and career. Those who select engineering show a high concern for a career, but a low interest in the degree.

On the other hand, according to the study, "the choice of arts and humanities degrees was driving by interest and low concern about future career, accompanied with high loafing." (Other arts and humanities majors are probably rolling their eyes at this, too.)

The study also identified differences between males and females' reasoning behind their major. Women tended to rank higher in helping and interest, whereas men scored higher in career and loafing.

The takeaway: A major says more about a person than just the degree on our diploma — like what we value and what we want out of our futures. English majors don't mind making less money if they're doing what they love, and chemistry majors don't mind toiling away if it means greater career success.

Moreover, this study is a point in the favor of the humanities, which have come under frequent attack lately. While the payoff of a math or science major may seem the most logical in the face of rising college costs, some would strongly argue that the purpose of college isn't to make a lot of money.

The purpose of an education is different for each student and the value of that education lies in its ability to fulfill a student's motivations and values so they, in turn, can give that back to society.