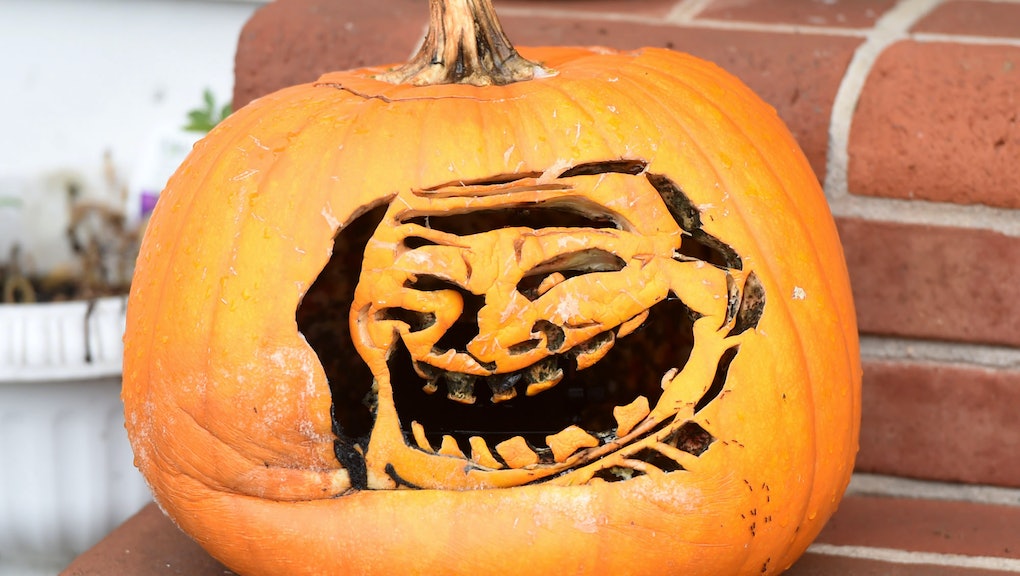 The Darkest Side of the Internet, in One Chart

Is online harassment actually dangerous? Or is the Internet just a virtual bathroom wall? As the Supreme Court considers arguments over whether Internet hate is protected by the Constitution, new data suggest trolling is more dangerous than we ever thought.

A recent Pew Research Center survey has revealed 40% of adult Internet users have experienced harassment in the digital sphere.

Most of the abuse comes in the form of name-calling. Free-speech advocates like Storify's Xavier Damman argue the occasional insult-bearing tweet isn't necessarily worth curtailing constitutional rights over — it's an expression of free speech more than an act of malice.

While the nature of comment-section name-calling is debatable, there are much more serious forms of harassment on the web: Almost 10% of women report being stalked online, while 7% report being sexually harassed. Despite the roughly equal numbers, Internet harassment tends to be more vitriolic and violent when women are involved.

As Amanda Hess stated in Pacific Standard, women are not welcome on the Internet. "Women who are harassed online are expected to either get over ourselves or feel flattered in response to threats made against us," Hess wrote in response to torrents of hate she received. One man called her "the ugliest woman he had ever seen." Posters on a men's rights forum wrote about how they wanted to sexually violate her.

Perhaps the most recent example in the long line of online harassment females face is #GamerGate, which saw Zoe Quinn, Anita Sarkeesian and Brianna Wu all receive death and rape threats.

But is all this free speech? The Supreme Court heard arguments about the matter of online harassment on Monday.

The case they're examining involves a man named Anthony Elonis, who went to jail for sending violent threats to his wife on Facebook. One of his several posts read:

There's one way to love you but a thousand ways to kill you. I'm not going to rest until your body is a mess, soaked in blood and dying from all the little cuts. Hurry up and die, bitch, so I can bust this nut all over your corpse from a shallow grave.

His wife sought an order of protection, but more detailed threats followed. In addition to threatening his wife, Elonis also posted a Halloween picture of him holding a rubber knife to a coworkers neck with the caption "I wish." If this wasn't bad enough, he wrote about slitting the throat of an FBI agent who had been to his house. Elonis claimed the posts were "therapeutic" and part of his free speech rights, but was arrested anyway.

The court's decision could change how online harassment is dealt with — for the worse. Sending threats over the Internet is currently illegal. If the court decides in favor of Elonis, it means the law cannot act on Internet threats unless there is "subjective intent to threaten."

Libertarians and free-speech advocates like Wendy Kaminer argue discomfort is merely a symptom of living in a free society and we should just deal with it, but data don't lie: Internet harassment is prevalent and ultimately translates to real-world harm. Newsweek determined that prominent females like Wu and Sarkeesian received more than 30,000 hate tweets each at the height of #GamerGate. An anonymous user threatened "the deadliest school shooting in American history" if Sarkeesian gave a speech in Utah. These aren't threats to be taken lightly. A Pew study from 2012 indicated 26% of young people had online threats and harassment spill over into real life.

Free speech isn't about saying whatever the hell you want. It's about the government determining what you can and can't say. It can be difficult to tell what constitutes a true threat and what doesn't on the Internet, but in a world more connected by social media every day, the Supreme Court needs to arm law enforcement with tools to prevent the inherent abuse that comes along with it.