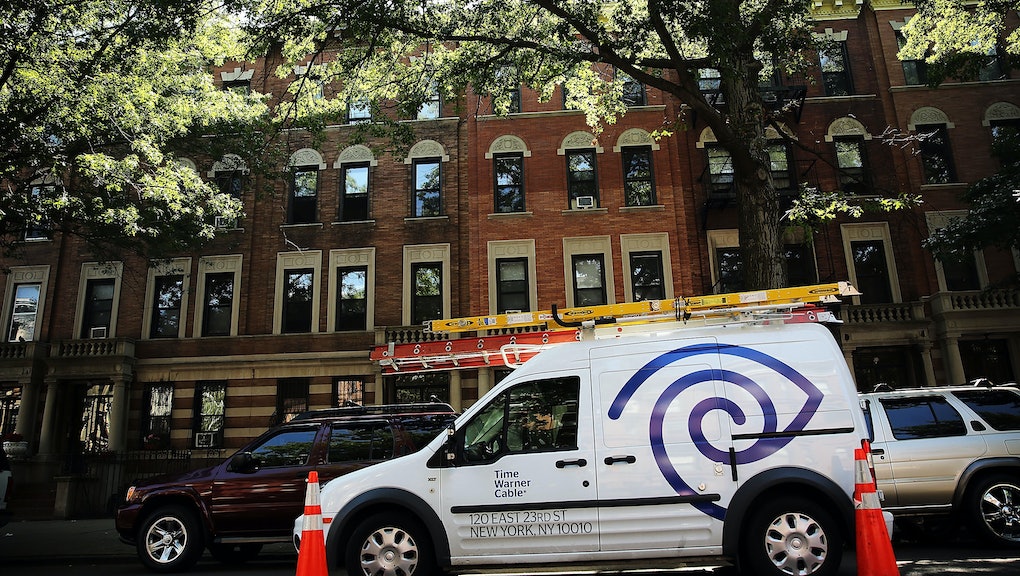 Residents of seven communities in Colorado sent a resounding message to cable companies Tuesday: We're tired of your Internet service, so we're going to get our own.

Voters in seven cities and counties have agreed to let their local governments provide Internet service, thereby giving big broadband companies some much-needed competition. It's a solution that has made service cheaper, faster and more reliable.

And it's popular, too. In Boulder, for instance, the measure passed with 84% of voters. Boulder, like many cities, already had its own fiber that it was not allowed to use until the vote.

The background: Twenty states currently outlaw municipalities from running their own broadband networks, reports the Washington Post. That's thanks in large part to lobbying from cable companies like Comcast and Verizon, which don't want the competition.

In places without those restrictions, though, municipal broadband has been a boon. The fastest broadband in the U.S. is in Chattanooga, Tennessee, where a public energy utility runs the grid and provides access that's often cheaper than what's offered by a company like Comcast.

Luckily for Coloradans, their state has an out built into its law: A community can legally vote to allow local broadband, and that decision would be binding. That's how Boulder and all the rest were able to kick off this wave of progress.

So what does it mean? As more communities successfully acquire their own Internet service, they could inspire other cities to try and other agencies to allow it. FCC chairman Tom Wheeler seems to support the movement, though there's some stiff corporate competition.

It's easy to see why big cable companies, which operate little monopolies all over the country, feel threatened by actual competition and common sense. They often argue on the grounds that municipal broadband will stifle private investment and shrink the customer base. That's basically like saying: "But if someone offers better service at a cheaper price, people might actually change providers!" So despite their claims, arguments like this from Comcast are nothing more than a thinly veiled attempt to prevent fair competition.

And competition, of course, actually helps make service better, especially when one side is held at least partially responsible to local voters. You can always vote out local politicians — but you can't vote out Comcast.