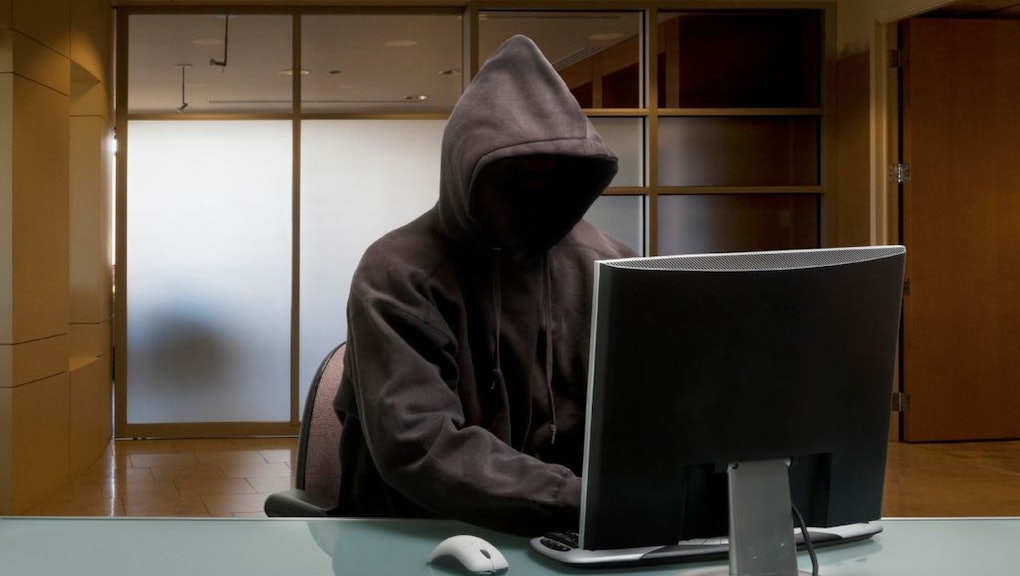 In a statement, Office of the City Attorney spokesman Frank Mateljan described the crimes:

"Iniguez, using an alias, allegedly began posting derogatory comments about his ex-girlfriend on her employer's Facebook page. In March 2014, Iniguez allegedly posted a topless photograph of the victim on her employer's Facebook page, which was accompanied by a message that called the victim a 'drunk' and a 'slut' and encouraged her firing from the company."

Based on that kind of behavior, most will be happy that Iniguez, who L.A. Weekly called a "douchebag" and "one of Los Angeles' nightmare boyfriends," has been sentenced to one year in jail. He is additionally prohibited from making contact with the victim and was ordered to attend domestic violence counseling.

The background: While the law has been on the books for several months, it's reassuring to see the law actually being implemented and enforced.

"[ACLU legal director Sandra Staub] noted the legislation would criminalize distribution of photos showing parts of the body that can legally be displayed in public, that it would allow prosecution even without an understanding or agreement that images would be kept private and that it would criminalize the conduct of third parties who distribute images without knowing there was a lack of consent."

But so far, California prosecutors have only pursued cases where they could prove a genuine intent to cause emotional distress. "This conviction sends a strong message that this type of malicious behavior will not be tolerated," City Attorney Mike Feuer told the L.A. Times.

Online abuse can be just as damaging as offline, and it's good to see the victim of a terrible crime being taken seriously. States can find a balance between free speech and protecting victims, and California has given us room to be cautiously optimistic that they can find it.