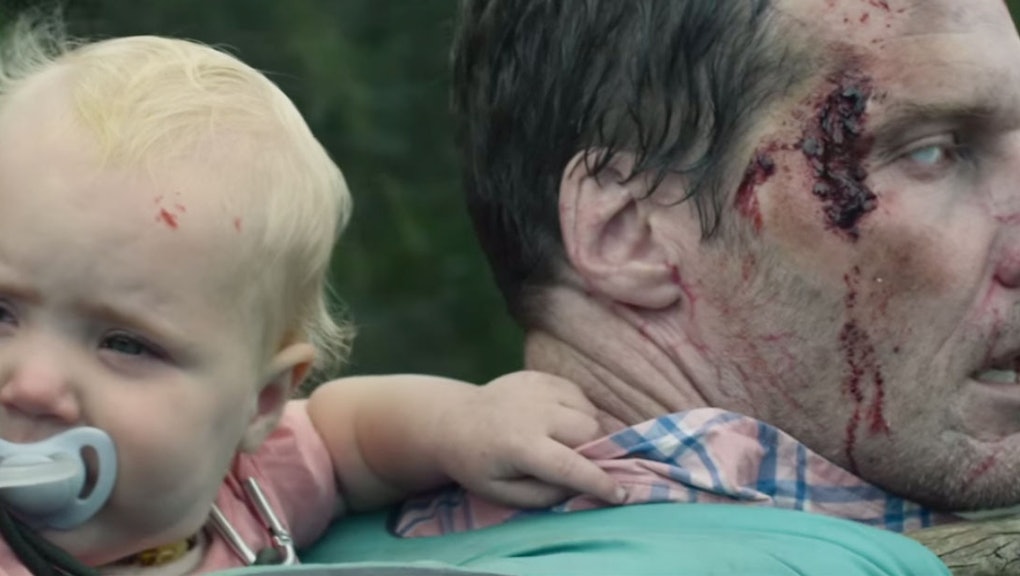 Your Next Favorite Zombie Movie Is Only 7 Minutes Long

Chin up, Walking Dead fans. AMC might have accidentally tipped you off to who ended up dying in the fifth midseason finale, but there's plenty of zombie media to fill the aching hunger in your undead stomachs.

In particular, fans of the zombie genre will appreciate Cargo, a touching Australian short film about an infected father who through a combination of ingenuity, determination and sheer luck is able to help his toddler survive the collapse of everything dear.

Cargo — or as one smart Redditor dubbed it, "The Walking Dad" — is really quite ingenuous. Most zombie movies prominently feature the soulless destruction, chaos and violence that the rise of the walking dead would necessarily entail. Few actually manage to convey either the emotional pain such a calamitous event would entail, or what exactly those hordes of undead struggled through before succumbing to the inevitable.

What's more, directors Ben Howling and Yolanda Ramke manage to tell an emotionally charged story with just a few lines of dialogue and some excellent acting by lead Andy Rodoreda. It's a well-deserved reminder that a good script and an attentive director can create a product more powerful than something with 10 times the budget. And for what it's worth, Cargo manages to eke more of an emotional reaction than high-budget films like World War Z — it's more fun to root for Cargo's nameless everyman than for Brad Pitt's poorly developed UN inspector.

In spite of the subject matter, Cargo manages to be a credible message on the power of love. And since specific details like place and time are left open-ended, the short film could easily fit into almost any zombie narrative. This vignette could just as easily been a Walking Dead sideplot, making it especially of interest to any fan of the series.

Let's just hope they didn't take that baby to Woodbury.