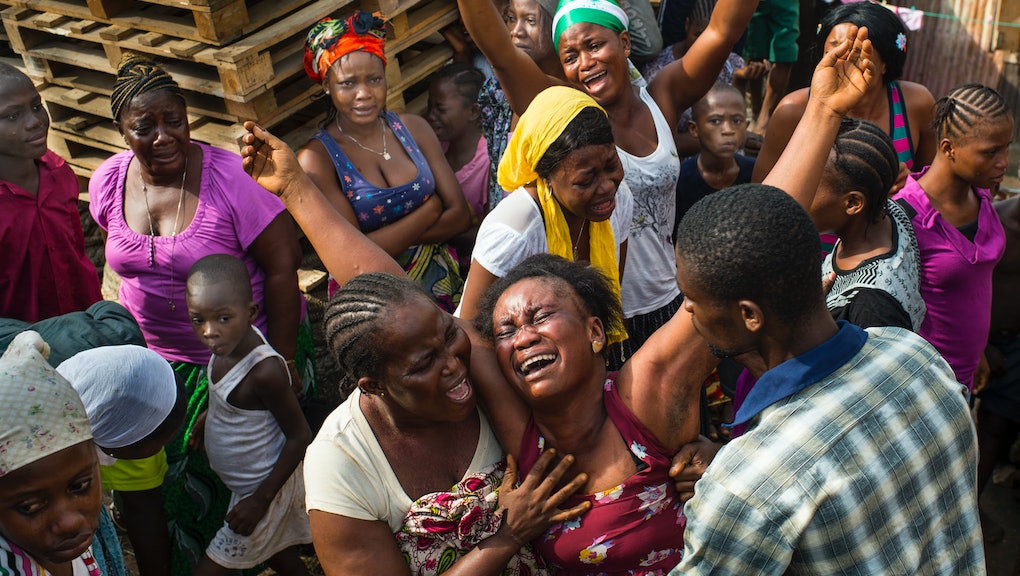 The news: It was only a month ago Ebola hysteria gripped headlines, feeding a media frenzy over the possibility of an epidemic in the U.S. But even though the country's attention has waned as the virus proved to be a non-threat stateside, it continues to maintain a lethal stranglehold over West Africa.

According to the Centers for Disease Control and Prevention, the Ebola outbreak has claimed more than 6,000 lives, the majority coming from Guinea, Liberia and Sierra Leone.

Sierra Leone in particular is facing a dire situation. The country has had a more difficult road to recovery than others in the region, with the New York Times reporting, "The number of new cases in Sierra Leone was above 600 in each of the three weeks leading up to Nov. 25, the most in any three-week period so far."

Things are especially bad in the western part of Sierra Leone. In the capital city of Freetown, the number of Ebola cases quintupled in a two-month period.

The government added another district to its quarantine list Tuesday, bringing the number of citizens under lockdown to 3 million — more than half of the country's population.

There is a huge need for medical personnel and resources. The Sierra Leone government estimates that at least 3,000 beds are needed to accommodate the influx of patients — right now, there's less than half that. And there aren't enough health care workers at the frontlines to provide patients with the care and attention they need.

In fact, hospitals and clinics have been so strapped for resources that health authorities approved plans to keep Ebola-patients home and treat them there, until more beds materialize.

"This means that infected people remain in the community and this continues to drive the epidemic," WHO's Paul Gully told Vox.

To be fair, there has been positive Ebola-related news coming out of the region: In the past month, Senegal and Nigeria have been officially declared Ebola-free. There are also plans to implement clinical studies of several promising Ebola vaccines, providing aid workers a degree of security. And while the World Health Organization projected earlier that the number could jump as high as 10,000 per week, the rate of new cases seems to have leveled off, especially in Liberia and Guinea.

But this remains a serious problem. And the onus is on the international community to respond. As have been pointed out countless times by international health organizations and aid groups, we can't prevent a global Ebola pandemic without stopping the virus at its source — and that means it's in the best interest of every country to step up aid efforts.

"It is extremely disappointing that states with biological-disaster response capacities have chosen not to utilize them," Doctors Without Borders international president Dr. Joanne Liu said in a statement. "How is it that the international community has left the response to Ebola, now a transnational threat, to doctors, nurses and charity workers?"

In the U.S., President Barack Obama called on Congress on Tuesday to approve a $6.18 billion package to fight Ebola.

"Every hotspot is an ember that if not contained can become a new fire, so we cannot let down our guard even for a minute," Obama said. "And we can't just fight this epidemic. We have to extinguish it."

Will these efforts be enough to stem the havoc in Sierra Leone and beyond? That remains to be seen. But one thing is clear: The Ebola epidemic in West Africa may have faded from American headlines, but help in the region is needed more than ever.