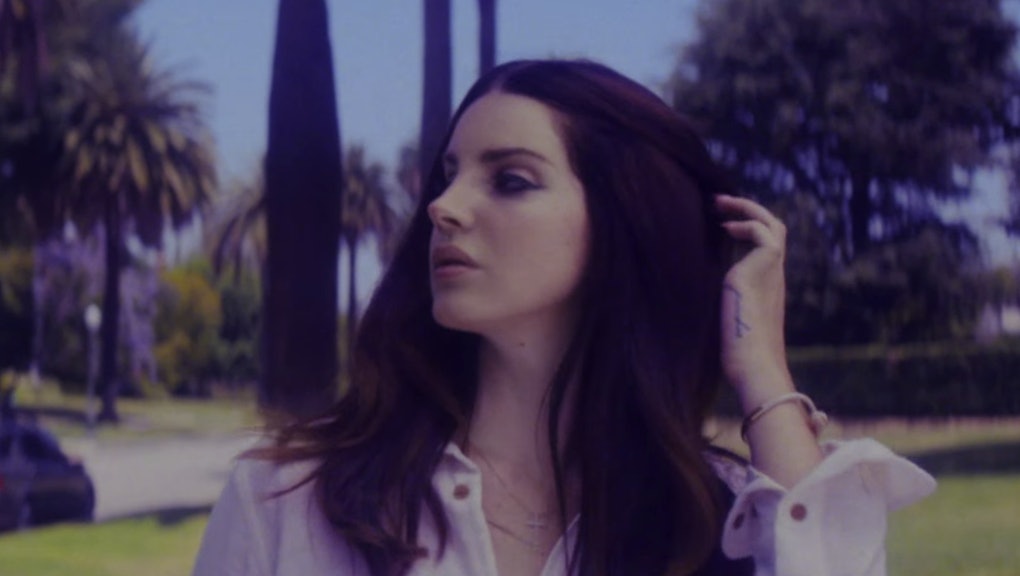 Lana Del Rey May Have Just Earned Herself an Oscar

The femme fatale pop star just released two new songs (listen to both here) that will appear as originals in Tim Burton's upcoming Big Eyes. Both are elegant, beautiful soundscapes with a tastefully applied pop veneer. One will easily land Del Rey an Oscar nomination for Best Original Song. It's been a long time coming for her, too — she was robbed last year.

Both songs pick up sonically exactly where her most recent album, Ultraviolence, left off. They're slow, lush and languorous ballads featuring sweeping, operatic choruses. The album was a massive critical success, and it's no stretch of the imagination to think these songs will meet the same reception.

Del Rey has actually released great music in a film before, though. Earlier this year, she caused a media frenzy when rumors of foul play kept her song "Young And Beautiful" from the Great Gatsby from appearing on the Oscar ballot. According to a Deadline article, an anonymous envelope was mailed to members of the Academy music selection committee. Inside was a printout of a forged Variety article that claimed Del Rey's song had been removed from the ballot because of a technicality involving The Great Gatsby changing its release date. When news of the letter broke, Variety claimed it had never run such an article. All attempts to find out who sent the envelope failed, but the effect was sealed. The Oscar committee passed over the song.

The story was an embarrassment for the Academy. Time said the young artist was "ruthlessly and sincerely snubbed" and the Idolator called the Oscar committee a "fickle" beast. Odds are the Academy will look to make up for its shortsightedness by at least giving her a nod. Whichever Del Rey song is chosen, though, will face some stiff competition in songs from The Lego Movie and Selma.

But credit needs to be given where credit is due. And these songs are due quite a bit of credit.