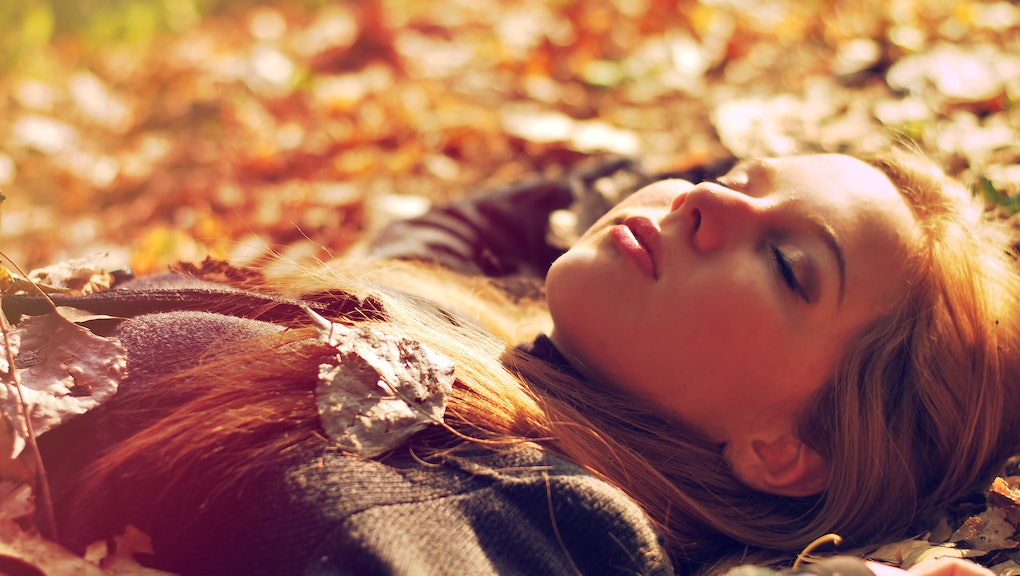 Sleep deprivation is a rampant problem in modern America, with most people experiencing some level of regular disruption to their sleep schedule. A combination of highly demanding jobs, constant stimulation and 24/7 everything has made skipped sleep so common that the Centers for Disease Control and Prevention now considers it an unrecognized epidemic.

But that "unrecognized epidemic" is about more than just feeling tired. It can actually lead to a number of entirely unnecessary, chronic conditions. Here are 10 things sleep deprivation can do to you:

It's killing your productivity: Skimping on sleep to catch up on work isn't only a bad idea — it's a battle you can't win.

Not getting enough sleep — whether for just one night or over the course of weeks to months — has a significant effect on our ability to function. Sleep deprivation negatively impacts our mood, our ability to focus, and our ability to access higher-level cognitive functions.

The Wall Street Journal writes that "Harvard scientists estimated in 2011 that sleep deprivation costs U.S. companies $63.2 billion in lost productivity per year." According to the Wall Street Journal, another study by Singapore Management University researchers found that every hour of lost sleep translated to an additional 8.4 minutes of online procrastination the next day.

In fact, it makes you worse at pretty much everything: In Sleepless in America, National Transportation Safety Board member Mark Rosekind puts it in stark terms: "Every aspect of who you are as a human, every capability is degraded, impaired, when you lose sleep. What does that mean? Your decision-making, reaction time, situational awareness, memory, communication, and those things go down by 20% to 50%."

...including your ability to gauge if you're getting enough sleep: "Studies show that over time, people who are getting six hours of sleep, instead of seven or eight, begin to feel that they've adapted to that sleep deprivation — they've gotten used to it," sleep researcher Phil Gehrman told WebMD. "But if you look at how they actually do on tests of mental alertness and performance, they continue to go downhill. So there's a point in sleep deprivation when we lose touch with how impaired we are."

It destroys your body: According to Healthline, not getting enough sleep is linked to heart disease, weakened immune response, diabetes, illnesses and weight gain. Regularly sleeping less than five hours a night increases the chance of death from all causes by about 15%. Not hitting the sack when your body needs a rest is also linked to higher blood pressure, pancreatic stress and even damaged brain cells.

But it also wrecks your mind: A few years ago, University of Sydney researchers surveyed about 3,000 adolescents and young adults and discovered that for each hour of neglected sleep, levels of psychological distress rose by about 5% the next day. In some people who suffered from anxiety, the researchers believe sleep deprivation may have triggered the development of serious psychological disorders like depression and bipolar disorder. The National Sleep Foundation reports that the link between depression and sleep deprivation is complex, and one can cause the other.

One thing is for sure: It's not pleasant to go without rest for long periods of time. So much so that it can be used as a form of torture, and was inflicted on U.S. detainees in the war on terror until 2009.

It makes you eat more: Sleeplessness is associated with higher calorie consumption the next day. A 2010 study in Sleep monitored 240 adolescents and found those who slept less than eight hours a night consumed 2% more calories from fat and 3% more calories from carbs the next day. Harvard's School of Public Health says there's a general connection between lack of sleep and obesity, with potential causes ranging from lack of exercise and more opportunities to snack during the night to hormonal disruption.

It kills sex drive: According to WebMD, being too tired to get it on isn't just an excuse:

It can make you into an auto crash statistic: Sleep deprivation can cause people to drive as erratically as drunk drivers. The National Highway Traffic Safety Administration estimates that drowsy drivers cause around 100,000 police-reported crashes annually, resulting in around 1,550 deaths, 71,000 injuries and $12.5 billion in damage.

But it's not just driving: Harvard's Division of Sleep Medicine says that sleep-deprived technicians played a role in the 1979 near-disaster at Three Mile Island and the 1986 meltdown at Chernobyl, while a lack of sleep may have helped cause the Exxon Valdez oil spill and the explosion of NASA's Challenger spacecraft. The division also argues that some of the 50,000 to 100,000 annual deaths resulting from medical errors could be the result of sleepy medical personnel.

You probably can't handle it: A lucky few known as "short sleepers" have a beneficial genetic mutation in a gene called hDEC2 that allows them to get by with very limited amounts of sleep each night. But the rest of us will have to remain jealous. Research has demonstrated that up to 95% of people who claim to do just fine on next to no sleep are probably wrong, meaning they're actually just sleep-deprived.