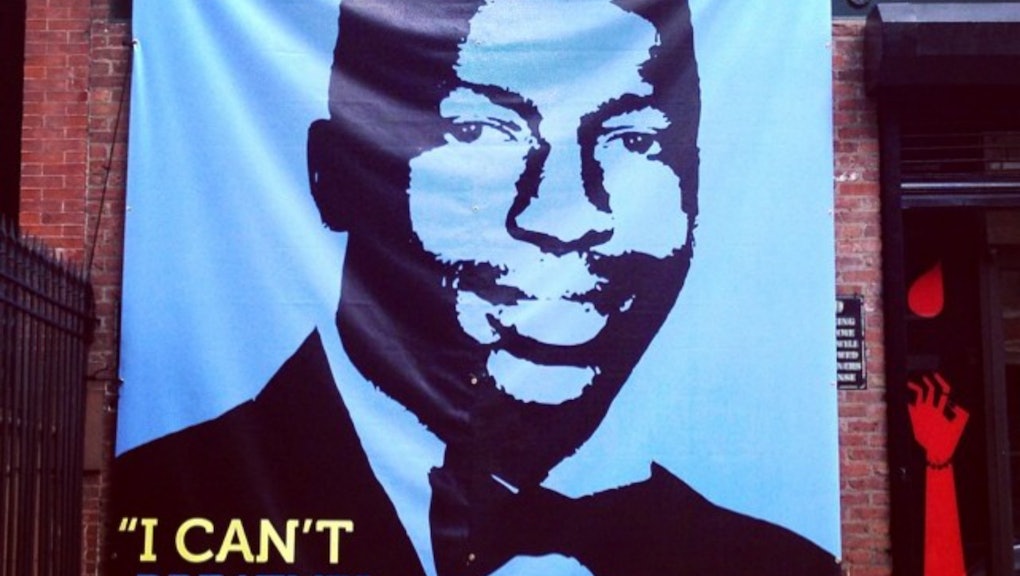 It's Garner's last words — "I can't breathe" — that have become a focal point of anger, a rallying cry for protesters. Garner wasn't even shot at a distance but choked — brutally — until he suffered cardiac arrest. He was left on the sidewalk for minutes before EMTs found he wasn't breathing.

But as reporter Brooke Jarvis points out, Garner's final words were far more than a last gasp for air. Weeks before the shooting death of Michael Brown sparked the chants of "hands up, don't shoot" and affirmations that #BlackLivesMatter, Garner was taking a stand for more than just his life. He was taking a stand for his own dignity and for the dignity of thousands of black Americans who came before him — and who will undoubtedly come after:

After the indictment, Garner's words have become a symbol of anger and frustration, the refrain of protesters who crowded Times Square to take a stand against a broken justice system. But "I can't breathe" isn't just a memorial for Garner — it's also an indictment of America's entire criminal justice system.

And he's right. FBI crime data shows that police kill black Americans at a higher rate than white people proportional to the population. Black Americans are killed for the most mundane reasons: for allegedly selling untaxed cigarettes, as Garner did, or asking for help, as Renisha McBride did. And the problem runs deeper than just police officers — grand juries won't even indict in the face of clear evidence of police wrongdoing. The police and juries see black man as "demons," or "impossible to control," superhuman villains of our docile suburban nightmares. And while these minor, unconscious biases may seem harmless in the quiet of your home, they add up to the institutional racism that we saw in Garner's case.

It's that institutional pressure, that dysfunction Garner was railing against. Garner was tired. He was tired of being accosted for minding his own business, for having to be twice as good. He wanted to be left alone. he wanted to breathe. But how could he? Our system was designed, unconsciously or not, to suffocate him from the moment he was born, as it did with Brown. Or Oscar Grant. Or Trayvon Martin.