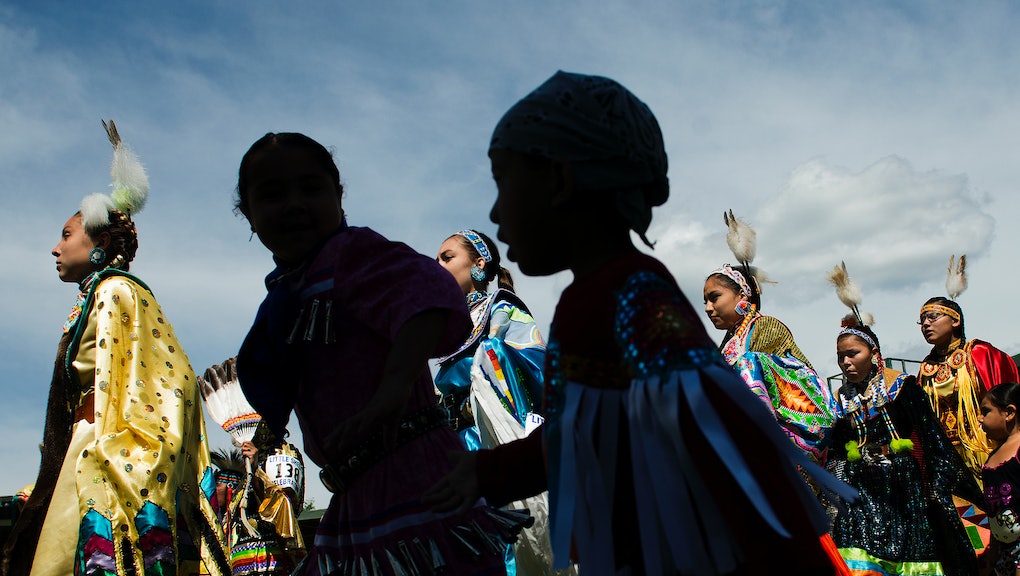 The news: President Barack Obama unveiled a new initiative Wednesday aimed at expanding social and economic opportunities for Native American youth, many of whom live in poverty.

The new initiative does not provide a comprehensive solution, but it's an important step in the right direction. It makes good on the administration's promise to give the long-marginalized population a "seat at the table" when it comes to working with the White House on economic development.

The long-awaited initiative, dubbed Generation Indigenous, calls for programs that will help prepare young Native Americans for college and careers. It also aims to cultivate leadership skills through the Department of Education and the Aspen Institute's Center for Native American Youth.

Obama reaffirmed his commitment during the Tribal Nations Conference, which was hosted by the White House. The initiative comes five months after the president visited the impoverished Standing Rock Indian Reservation in the Dakotas.

The White House has yet to confirm just how it will fund the ambitious initiative, but according to a spokeswoman, the administration plans to use "existing money and the help of nonprofit and philanthropic organizations," the Associated Press reported.

Background: Previous administrations have been slow to take a lead in providing programs for the 566 federally recognized Indian tribes.

Native American leaders estimated their collective unmet needs at more than $899 million during a statement to Congress more than a decade ago. In recent years, the government has also acknowledged that the budget does not provide "the resources necessary to effectively address or remedy the longstanding problems in Indian Country," according to the chair and vice chair of the Senate Indian Affairs Committee.

The severe lack of support has perpetuated poverty, spurred violence and contributed to poor health.

One in four Native Americans and Alaska Natives live below the poverty line. The poverty rate in the reservation that Obama visited in June is 43.2%, nearly triple the national average, according to Census Bureau data.

In addition to poverty, many Native youth are also exposed to rising violence. More than 40 percent of Native American and Alaska Native children experience two or more acts of violence in their daily lives, suffering from post-traumatic stress disorder that rivals that of soldiers returning from Afghanistan.

The new initiative aims to overhaul the crumbling education system on reservations.

About two-thirds of Native youth graduate from high school, according to the 2014 Native Youth Report released by the White House on Wednesday. The report acknowledges failures in federal policy, which includes the lack of support in economic development, health and education.

According to Interior Secretary Sally Jewell, officials are focusing on the Bureau of Indian Reservation, which educates 48,000 Indian students in 23 states, in an overhaul estimated to cost more than $1 billion.

Why it matters: The statistics alone speak volumes about the significance and potential of Generation Indigenous.

"People who grow up in a poverty culture sometimes need guidance, need values, need a little bit of structure," Chase Iron Eyes, an attorney and Native American rights activist from Standing Rock who attended the conference, told the AP.

"Through some of the things the administration is doing, it looks like they're trying to do that," he said. "Youth, they just need the right tools and maybe they can empower themselves."

The initiative is a step in the right direction, as a group barely spoken about in policy finally gets some attention.