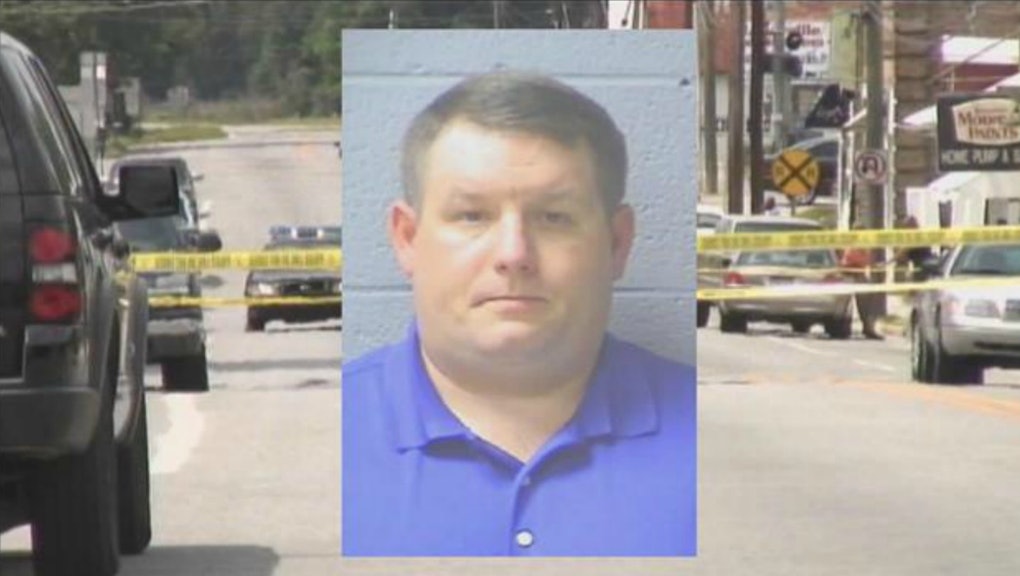 If You're Outraged Over Michael Brown and Eric Garner, This May Give You Hope

The news: A grand jury in Staten Island shocked the nation Wednesday by failing to indict white NYPD Officer Daniel Pantaleo for choking unarmed black man Eric Garner to death in a banned chokehold — an incident caught on video by a bystander.

On the same day in South Carolina, the opposite occurred. A grand jury in Orangeburg indicted Richard Combs, the white former police chief of Eutawville, for shooting and killing unarmed black man Bernard Bailey during a dispute over a traffic ticket. Bailey apparently went to the town hall to contest a traffic ticket his daughter had received in May 2011. What happened next was a nightmare, the Associated Press reports:

Combs tried to arrest Bailey on an obstruction of justice charge, prosecutors said. Bailey marched back outside to his truck, and Combs tried to get inside, he said to turn off the ignition. The two briefly fought, and Combs shot Bailey, 54, twice in the chest in his pickup.

The background: At the very least, Combs' case demonstrates how the system should work. Officers who haphazardly escalate situations and deploy lethal force against unarmed civilians should be punished.

Unfortunately, it's rare. The sad truth is that officers who inappropriately kill people, regardless of race, are much more likely to receive the treatment that befell Pantaleo than Combs. As FiveThirtyEight reported, even when they're prosecuted, police officers are rarely convicted for breaking the law.

As Mic's Matt Saccaro wrote earlier this week, the system is biased in favor of police even when they're on trial for serious crimes.

This isn't because police officers are innocent paragons of virtue, but because the system is inherently biased in favor of law enforcement.

The video evidence that Pantaleo acted with reckless disregard for Garner's safety is so strong that even conservatives who railed against Michael Brown in the Ferguson, Missouri, case think a federal investigation might be needed. House Speaker John Boehner (R-Ohio) told reporters Thursday "the American people deserve more answers about what really happened here."

Pantaleo received nothing more than a slap on the wrist for abusing his power at the cost of someone's life. He is still a working police officer.

Why you should care: As the Daily Banter's Mike Luciano observes, South Carolina has two other officers awaiting trial for shootings of unarmed black men, making it an unlikely lead in actually prosecuting cops who abuse their power over civilians.

"These recent indictments show that New York City might be able to learn a thing or two from the Palmetto State about dealing with killer cops," Luciano wrote.

In the meantime, the Department of Justice is launching an investigation into Garner's death. But it shouldn't take federal intervention to ensure police officers are protecting, and not oppressing, the communities they serve. As protests continue to rock the nation following last week's grand jury decision not to indict Ferguson Officer Darren Wilson for Brown's death, and Pantaleo's clearance this week, hopefully mass demonstrations will form the impetus for change.

The alternative — doing nothing — is too much to bear.