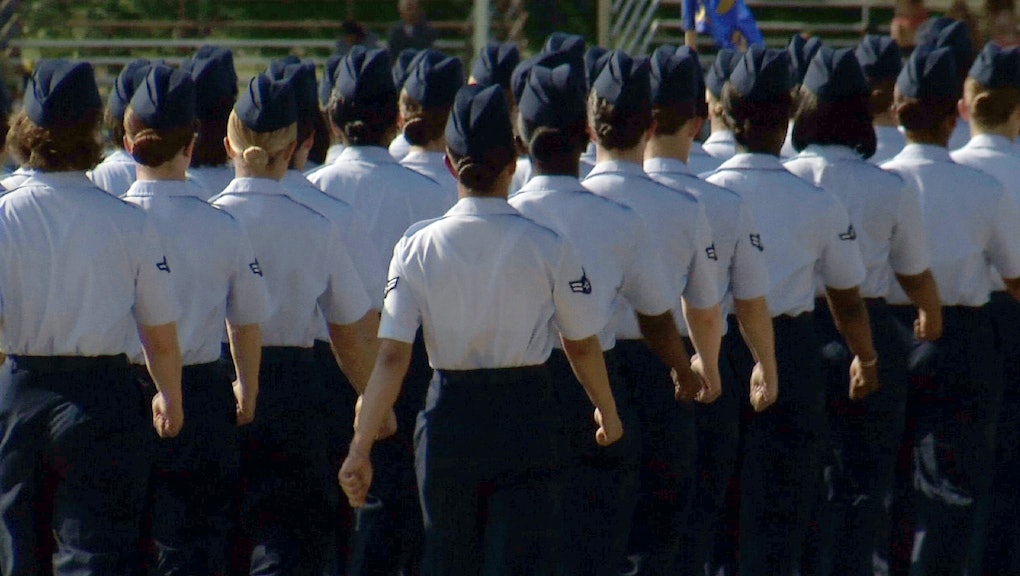 The Military’s Sexual Assault Problem Is Only Getting Worse

The military's rape crisis show no signs of ending.

According to a new report from the Department of Defense, the number of military personnel who claimed to have been sexually assaulted increased by 8% this year. For the record, that's 5,983 sexual assault reports in 2014. While this marks a significant improvement from the atrocious 50% increase in sexual assault claims between 2011 and 2012, anything but a decrease isn't good enough.

"Reporting of assaults being up and incidents of assault being down are exactly the combination we're looking for," Senator Claire McCaskill, a member of the Armed Services Committee, said in a statement. The Washington Post noted that a separate survey conducted by the Rand Corporation reported "unwanted sexual contact" incidents were down to 19,000 from 26,000 last year, on the heels of massive public attention to the issue following blockbuster reports in GQ, the Daily Beast and the New York Times.

The United States military has shamed itself with numerous instances of sexual assault. Last year, a two-star general named Ralph O. Baker groped a female advisor and tried to forcibly touch her genitalia while inebriated. He was demoted and forced to retire.

Around the same time, another general, Jeffrey A. Sinclair, was court-martialed for allegedly forcing a female soldier to give him oral sex and threatening to kill her if she told anyone. He was also tried for requesting nude pictures from two other women and for having an affair (which is illegal in the military). Sinclair was fined $20,000 and not sent to jail.

More recently, the Navy confirmed that it is investigating allegations that a submariner recorded female officers showering on the USS Wyoming, a ballistic missile submarine.

Sexual assault is clearly still a massive issue in today's military, and there's little reason for optimism. As the New York Times reported, only 7% of military sexual assault cases ever go to trial. Only a drastic reformation of the military's culture can solve this problem, not American flags or "Support Our Troops" bumper stickers. At the very least, the military needs to hand over the prosecution and investigation of sex crimes to people outside the chain of command. Only then will we see real change.