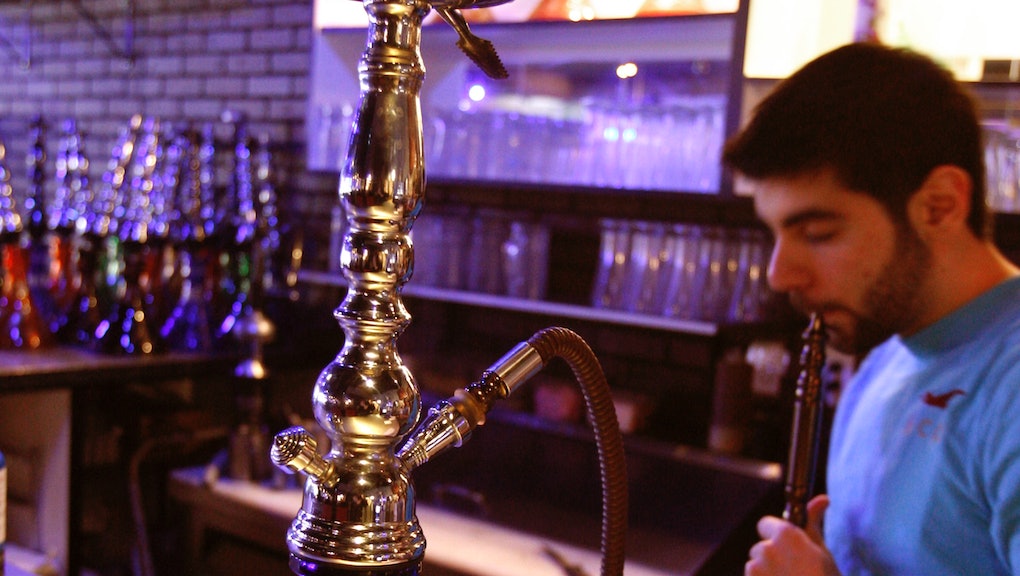 Science Shows Something Terrible About People Who Still Smoke Hookah

Smoking hookah isn't as harmless as you might think. The World Heath Organization, for instance, says hookah smokers could inhale as much smoke in one session as 100 or more cigarettes.

That's distressing enough. But what might be an even more alarming revelation is how much people underestimate these risks associated with smoking hookah, according to a new study from the Centers for Disease Control and Prevention.

After surveying roughly 500 students at the University of South Florida, researchers found that more than half of the students they surveyed thought hookah is less risky than cigarette smoking and 13% thought that "hookah wasn't harmful at all," according to Vox's report on the study.

Despite what many may believe, the water in the hookah does not filter out tobacco smoke's toxic ingredients. The World Health Organization says "contrary to ancient lore and popular belief," the smoke still contains "numerous toxicants known to cause lung cancer, heart disease and other diseases." Those substances include nicotine, which makes hookah just as addictive as cigarettes.

So hookah is certainly bad for you, but how is it worse than cigarettes? According to the Mayo Clinic, people who smoke hookah "may actually inhale more tobacco smoke than cigarette smokers do because of the large volume of smoke they inhale in one smoking session," which can go on as long as an hour.

Despite these risks of smoking hookah, the activity still has a reputation for being fairly harmless and a good way to socialize. This might be due to the fact that the dangers have not really been addressed by public-health campaigns, or that the often-flavored smoke from hookah tastes better.

But these perceptions are vastly different from the truth about smoking hookah and the dangers that come with it. So think twice the next time you sit down to smoke hookah with your pals. Appearances can be deceiving.