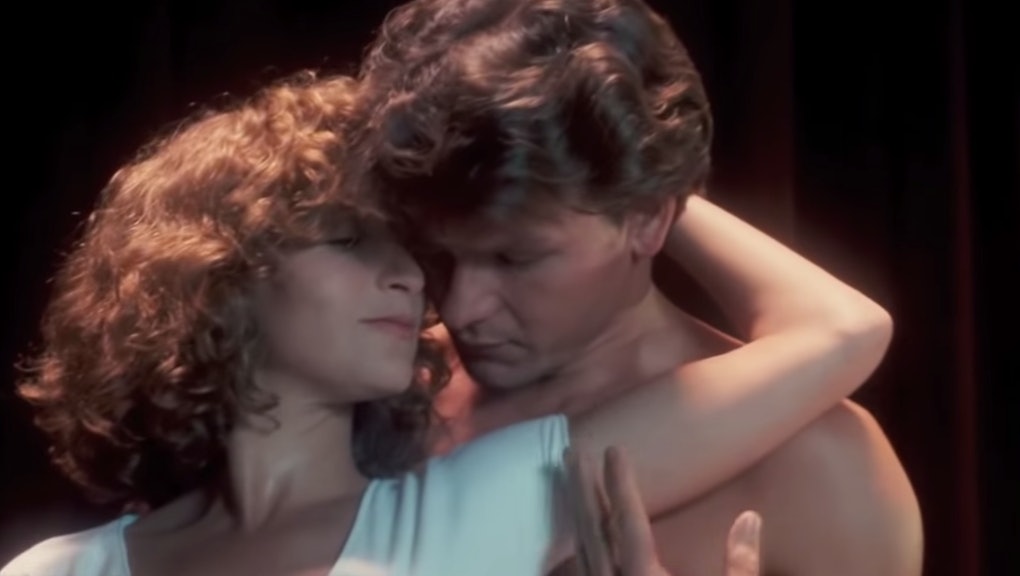 The Best Music to Have Sex to Has Been Declared

Everyone knows that music has a mysterious connection to sex. Yet most people's understanding of that connection between sex and music doesn't go much further than a list of names of sultry crooners —  Barry White, Marvin Gaye and, according to a 2012 study commissioned by Spotify and performed by music psychologist Dr. Daniel Müllensiefen, Patrick Swayze.

That's right: Patrick Swayze. That odd last entry is a clue of how truly strange the relationship between music and sex is. The Dirty Dancing soundtrack, which includes a song sung by Swayze, was the most unanimously agreed upon as the best music to have sex to.

And it gets weirder, too; in the same study, Müllensiefen also found that 40% of people asserted the music they listened to during sex was more important than their partners' touch in getting them off.

That's because music of all kinds is of crucial importance to sex. And it isn't just Patrick Swayze that's good for sex — it's any music that you have a strong personal connection to.

The thought of Patrick Swayze being the sexiest music is almost too absurd to wrap one's head around. But when one considers the underlying psychology, it starts to make some sense.

"The fact that Dirty Dancing has come top on the list of the best tracks to play during sex for both men and women is due to the fact that most people have a good knowledge of songs that represent romance, and these tend to be from cultural references such as film," said Müllensiefen commenting on the study. "People use this music to not only communicate their intentions in a romantic situation but to directly alter the mood during an encounter."

So Dirty Dancing — and by that same logic Marvin Gaye, Barry White and the rest of them — make for good sex music because they draw upon deep-seated, romantic, extra-musical associations. By that logic, anything can become sex music. It's all about the concepts and memories one attaches to them.

"We all are being programmed by childhood, previous experience and memories," surrogate sex therapist Shai Rotem recently told Mic while discussing why some music has a more powerful effect on libido than others. Rotem uses music in his therapy to help his clients lower their inhibitions. He also feels music has a tremendous potential to amplify the pleasure experienced during sex.

"For many people, the music they listened to when they just started having sex would probably have more effect on them."

To some degree, that power may be because music enjoys a direct pathway into the pleasure centers of the brain. In a 2011 study, researchers at McGill University found that music stimulates the same dopamine-producing portions of brain activated during sex. Marvin Gaye, of course, intuited the connection between music, sex and science long ago:

But Zatorre, the leader of the study, said the findings are interesting because music does not satisfy any particular biological need in the same way sex — and other dopamine-producing activities such as eating delicious food or exercising — does. Instead, music provides an "aesthetic or intellectual reward." This may explain why music can amplify the pleasure of sex so powerfully, because it helps activate pleasure centers through a wider set of channels.

Sex therapist Moushumi Ghose, MFT, thinks that music's ability to stimulate people in this way only helps them focus on their partner more.

"When you are 100% present, sexually or intimately with a person, and all your senses are engaged, it makes for a more well-rounded and complete experience," she told Mic.

Rotem agreed that the sounds one's partner makes during are a vital factor in arousal for many people, which may be why we respond so powerfully to music.

"I think of the body as an instrument. When we relate to it in the best way possible, it creates sound," he said. "Breathing, inhaling moaning: This is the beautiful music of the body."

These sounds are what made Jane Birkin's and Serge Gainsbourg's "Je T'Aime" one of the most provocative songs of its era, as Rotem explained (though the song seems almost tame now when compared to today's "sexiest" radio hits).

Ghose also pointed out that music and sex are also connected in that they are both simultaneously rhythmic and emotional activities. "Sexuality has a rhythmic quality to it," she told Mic, "The way we that we make love or the way we are in an intimate setting probably mimics greatly the type of music we like and inspires us in that moment."

She postulated that this connection is one of the reasons that so many songs are inspired by intimate moments or desire, with artists looking to translate those feelings into sound. All of Barry White's and Marvin Gaye's most famous songs were examples of them doing so, and doing so masterfully. It isn't just about a sexy rhythm, though; all it takes is feeling some real love, hearing some good music with personal significance and knowing inside that the two just make sense together.

Correction December 5, 2014: An earlier version of this article misspelt to Dr. Robert Zatorre's last name. His name is Zatorre, not Zaratone.