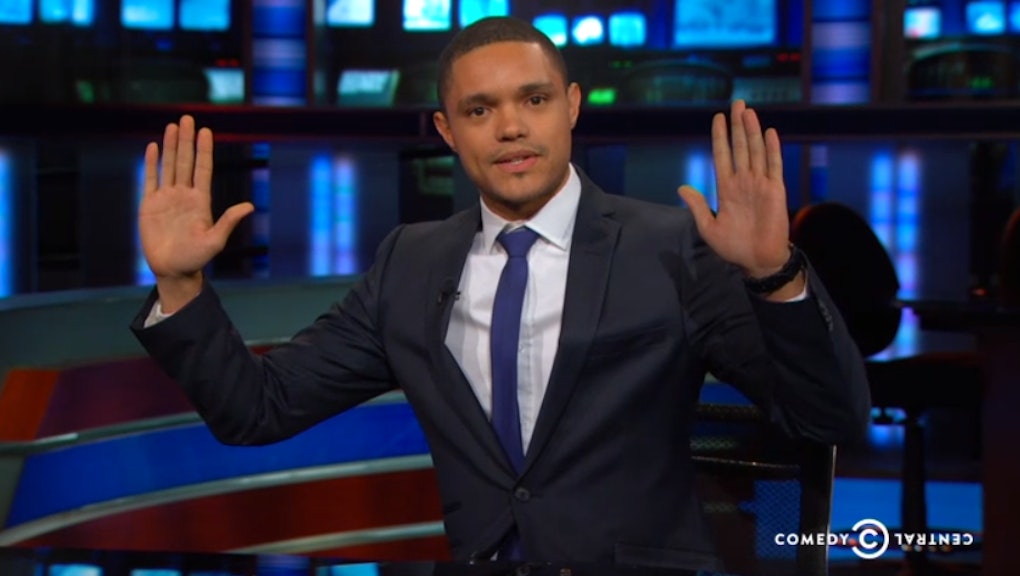 South African comedian Trevor Noah made his first appearance on The Daily Show on Friday, and he almost stole the show.

Noah took on American misconceptions about Africa, pointing out that many measures of racial inequality are worse in the United States now than they were in South Africa under apartheid. Take a look:

Noah opens with what seems like an old standby — he just flew in from South Africa and boy, are his arms tired! "Seriously, I've been holding my arms like this since I got here," he says, making the now-familiar hands up signal. "I never thought I'd be more afraid of police in America than in South Africa."

Later in the segment, he and Stewart play a game of "Spot the Africa," in which two photographs are placed side by side and Stewart has to guess which was taken in the United States and which is from an African country. It's hilariously — and depressingly — difficult.

To wrap things up, Noah shares a bit of wisdom he says African mothers tell their children every day: "Be grateful for what you have because there are fat children starving in Mississippi."

The figures brought up during the segment are backed up, too. America's income inequality gap has gotten worse in the past decade — the average white household has a net worth of $110,500, compared to just $6,314 for the average black household, according to the 2011 Census. And per the New York Times, white Americans own 18 times more than black Americans. The gap in apartheid South Africa? 15 times.

It's a sobering statistic, but Noah did his best to illustrate our misconceptions about an entire continent despite all the problems here.