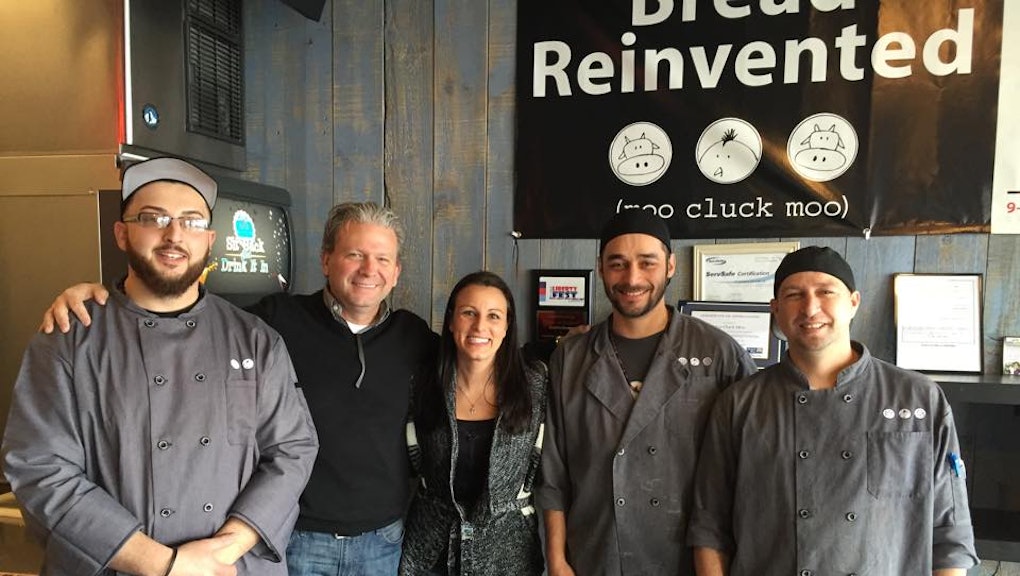 Just because you run a fast-food chain doesn't mean you have to barely pay your employees.

That's the lesson the owners of Moo Cluck Moo, a burger joint in the suburbs of Detroit where employees make $15 an hour, are hoping to share throughout the culinary world. Not only do Moo Cluck Moo's workers stick around longer, but the chain's two locations are turning a tidy profit.

"Because of our low turnover, and the fact that people are really into their jobs, $15 an hour wasn't a big stretch," co-founder Brian Parker told NPR.

How it works: As NPR explains, employees aren't just working in a hamburger assembly line — each worker is given many different responsibilities, which means that all of them are adept at flipping burgers, frying fries and interacting with customers.

While the average fast-food restaurant pays workers about $9 an hour, the higher wages at Moo Cluck Moo mean employees stick around and care more about their jobs. Hiring and training employees costs money, so keeping workers around (and keeping them happy) can mean big bucks in saved expenses for a business.

"It's more fun than I've had at other jobs, because we get to do everything ourselves," manager Dan Chavez told NPR. "It feels good just to be able to pay my bills and enjoy a little of life."

Fast-food wages are a national issue: At bigger chains, workers are protesting their low wages in record numbers — and with good reason. Compared to other unskilled labor in the United States, jobs in fast-food restaurants are grossly underpaid:

Employees at fast food restaurants like McDonald's, Burger King and Taco Bell in nearly 200 cities went on strike Thursday, joining with employees at dollar stores, gas stations and other minimum wage employers in the largest strike of its kind in history. Their campaigns have called for a $15 wage —  exactly the wage Moo Cluck Moo pays.

"I remember everybody just saying these workers are crazy" to ask for $15 an hour, Fast Food Forward Organizing Director Kendall Fells told Bloomberg Businessweek. "Now it's become clear that the workers are not crazy."