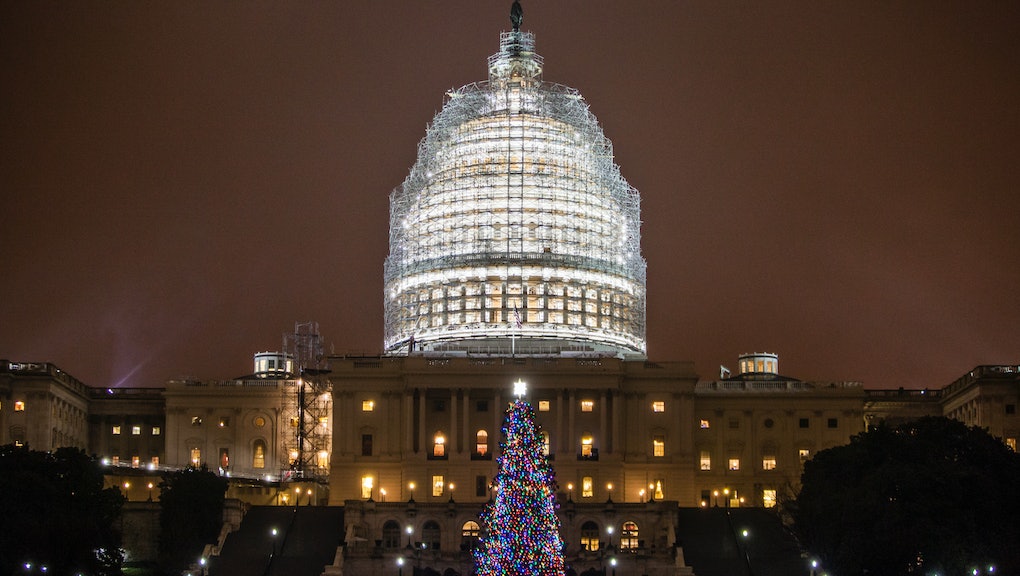 Congress Got Nothing Done in 2014 — and It's All Lobbyists' Fault

2014 will go down in American history as the year Congress finally addressed ... nothing.

Immigration, energy, the environment, NSA spying, net neutrality — issues that ranged from major reform targets to full-on crises went nowhere in Congress, getting pushed down the road or outright ignored as midterm elections dominated the year.

2014's list of legislative accomplishments has been universally described as a feeble showing by an already maligned body. (Congress hit a 14% approval rating earlier this year.) To understand why, you only need to look to the people who work behind the scenes on the Hill: lobbyists.

More shocking than the lack of meaningful action in Congress on nearly every issue is that lobbying groups spent billions trying to get things done (or undone, as the case may be). Total lobbying spending through October has capped off at $2.4 billion, according to OpenSecrets, and may jump past $3 billion when final stats for 2014 are released in January.

A lot of that money was pegged to two key issues: immigration and net neutrality. President Barack Obama announced executive action on immigration (after waiting until after the midterm elections), though many activists call it way too limited in scope. Net neutrality, meanwhile, is still up for debate.

Overall, money spent on lobbying has slowly been dropping since a 2010 high of $3.55 billion, and there are about 11,500 registered lobbyists this year — down from a high of 14,833 in 2007 — per OpenSecrets. The lobbyists that are in D.C., however, are spending more and more time on bills that used to be procedural certainties. That includes legislation on issues like transportation, military authorization taxes and appropriations — most of which used to be routine. No wonder major legislative accomplishments were ignored — how can Congress pass immigration reform when its members need to spend months just to keep the government open?

"I've never seen it like this before," said Thomas Susman, director of the American Bar Association's governmental affairs office. "It goes beyond the inability to pass bills. It's the lack of predictability."

"This Congress is just not interested in compromise," he said. "The process is demonized — if the members of congress are going to be ideological, you can't strike a compromise."

Will things get better next year? That might depend on your political affiliation. With Republicans controlling both the Senate and the House, we might see more legislation make it through both chambers  — although you can expect the Democrats to wield the filibuster much the way Republicans have these past few years. And if President Obama starts breaking out the veto pen, expect plenty more complaints about deadlock in Washington before 2015 is out.