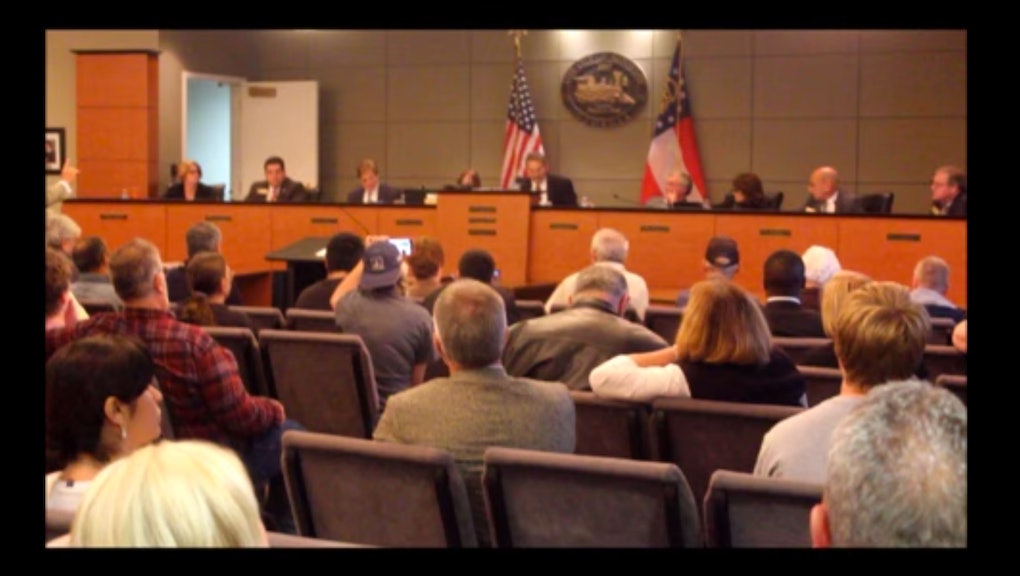 This Small Town Just Voted in Favor of Religious Tyranny

There's religious intolerance, and then there's the reaction of a Georgia town to an Islamic group that wants to rent storefront space for a temporary mosque.

The Kennesaw City Council voted 4-1 not to allow the mosque — even though the potential landlord had already agreed to the terms of the lease — in a move the religious group's attorney calls "a blatant attack on First Amendment rights."

The reason for the refusal to allow the Islamic group's rental was made clear outside the building where the vote was held, with Kennesaw citizens holding signs like "Ban Islam" and "Islam Wants No Peace," according to the Marietta Daily Journal.

How was this even up for a vote? The Islamic group, the Suffa Dawat Center at Kennesaw, applied for a 2,200-square-foot space in a local shopping center to use as a temporary mosque. The opposition came next, ostensibly couched in concerns over parking and zoning.

In the end, the group agreed to limit their occupancy to 80 people, build 40 extra parking spaces and take on a two-year lease. But it wasn't enough for the council, probably because much of the opposition wasn't exactly about zoning ordinances. In fact, according to the Marietta Daily Journal, a similar deal with a Pentecostal church was allowed without a single objection.

The Suffa Dawat Center attorney said the group is considering filing a federal lawsuit against the city.

Residents predictably spoke out against the mosque — and against Islam in general. "I am first a Christian and then an American citizen," resident Jo Talley said. "As a Christian I am to put no other God before my Lord, and I am also to love my neighbor. If you know me, then you know that I do my best to do those things ... but I also have the right to protect myself. This project has to do with Sharia law."

It harkens back to the fight over the "Ground Zero Mosque" in New York City, which was neither a mosque nor located at Ground Zero but was still met with resistance on a national scale. That fight may have been five years ago, but for American Muslims, it might as well be yesterday.