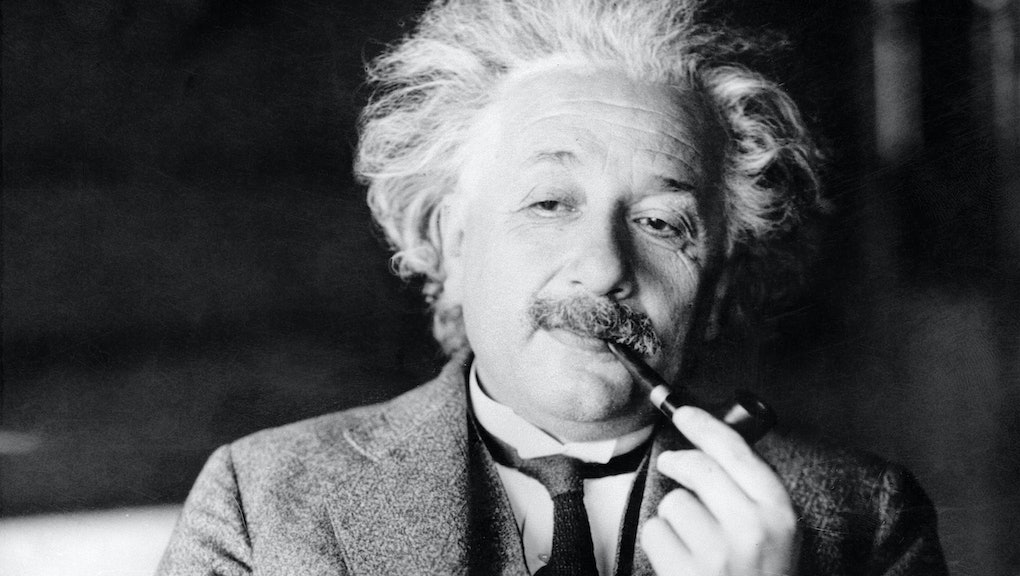 Long before Taylor Swift was telling us to ignore the haters, famed physicist Albert Einstein was on the case — and this letter from 1911 shows the genius knew what he was talking about.

Back in 1911, Einstein's friend and peer Nobel laureate Marie Curie was having a tough time. She was facing mounting criticism in the public sphere, though none involved her actual work, most of which was quite brilliant. Hoping to help a friend out, Einstein drafted this letter, which was recently made public along with thousands of other of Einstein's personal documents.

Take a look (it's been translated):

Any letter that starts off by asking someone "not [to] laugh at me for writing you without having anything sensible to say," might seem suspect, but Einstein offers some very thoughtful wisdom that basically boils down to: You are a smart and accomplished woman, so ignore the trolls.

"I am convinced that you consistently despise this rabble," Einstein writes, "whether it obsequiously lavishes respect on you or whether it attempts to satiate its lust for sensationalism!"

"Anyone who does not number among these reptiles," he said of her critics, "is certainly happy, now as before, that we have such personages among us as you, and [French physicist Paul] Langevin too, real people with whom one feels privileged to be in contact."

Among other things, Einstein was referring to the fact that, in January of 1911, Curie was denied a seat in the French Academy of Sciences. Many surmised this was because she was a woman and an atheist, and because people had recently learned that she was having a romantic relationship with Langevin, who was married but estranged from his wife.

While they wouldn't admit it, these probably are the real reasons Curie did not win the seat, as it would have been hard to deny her based on her accomplishments — she'd won the Nobel Prize nearly a decade earlier for her pioneering work on radiation. So, as Raw Story points out, this basically reveals that slut-shaming women has been a problem for generations.

Though Curie was a major pioneer for both women in science and the field overall, there's still a lot of room for improvement — only 26% of all science, technology, engineering and math workers in the U.S. are women.

But, as Einstein says, the best move is to ignore the haters, or as he more eloquently put it: "[i]f the rabble continues to occupy itself with you, then simply don't read that hogwash, but rather leave it to the reptile for whom it has been fabricated."