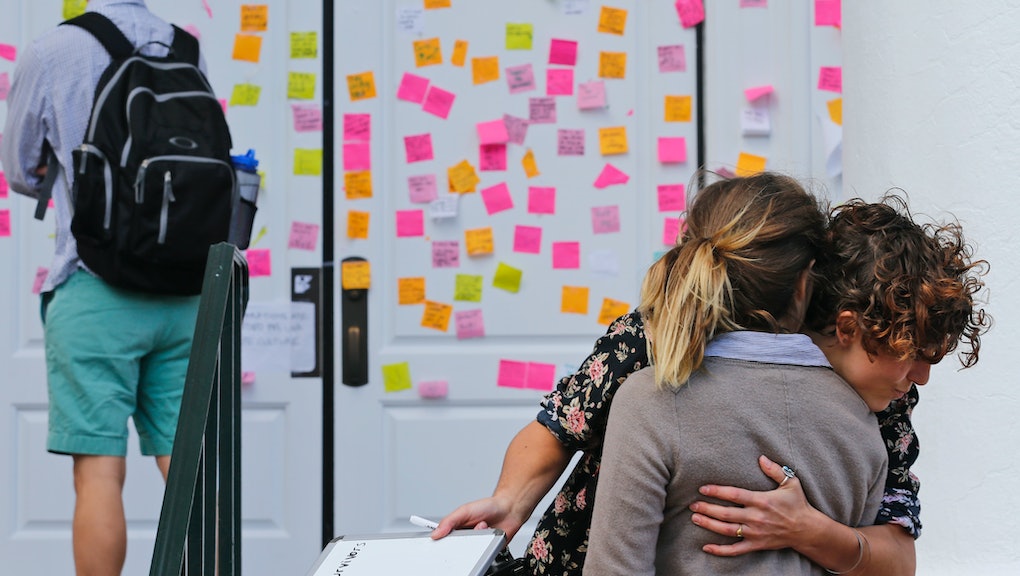 Last week, Rolling Stone magazine issued a retraction on its blockbuster article detailing a gang-rape at a fraternity house at the University of Virginia, alleging that their trust in "Jackie," the subject and emotional core of the story, had been "misplaced." The apology came at the same time as a Washington Post investigation that outlined how Rolling Stone failed to thoroughly and fairly report the story, missing key details and failing to fact-check Jackie's story.

"Jackie came to UVA bright, happy and bubbly. She was kind, funny, outgoing, friendly and a pleasant person to be around. That all notably changed by December 2012, and I wasn't the only one who noticed. Our suite bonded that first semester and talked many times about the new troubles we were facing in college. Jackie never mentioned anything about her assault to us until much later. But I, as well as others, noticed Jackie becoming more and more withdrawn and depressed.

"In December 2012, Jackie broke down. All of a sudden she was going home and none of us knew why. It was right before finals, and I couldn't believe she was leaving. She was distraught, and only said she needed to go home. Her teachers had given her allowance to take her finals over break. At that point, we knew something big had happened. I didn't know until this year with the publication of Rolling Stone's article how bad that time was for her.

And her belief in Jackie:

"Whether the details are correct or not, and whether the reporting was faulty, or the hazy memories of a traumatizing night got skewed ... the blame should never fall on the victim's shoulders. Jackie is a victim, as are so many others, men and women, young and old. So many stories have gone untold and so many perpetrators have been allowed to walk free.

Clark closes with a call for solidarity. "Sexual assault is not just a UVA issue, but UVA is where this issue has come to the forefront. The University of Virginia is a school historically known for its powerful student body. The Hoos of UVA have always rallied when a change was needed. We still stand as one of the top schools in the nation, and we can be the face of change. Let us be an example, and not a failure. Let us stand with survivors."

Clark's right. Rolling Stone's apology — failure to take responsibility for its poor reporting — has created an obstacle for rape survivors across the country in their question for justice. While half of college students believe that about 50% of rape accusations are false or fabrications the percentage actually hovers between 2%-10%.  As Mic's Elizabeth Plank put it: "Our culture and justice system already scrutinize the behaviors of rape survivors far more than the actions of their assailants, and this disaster of journalistic integrity will only exacerbate the myth that women frequently lie about being raped, when in fact such an act is extremely rare."

Rolling Stone's apology — which many decried as an attempt to absolve the magazine of wrongdoing and place the responsibility for the story's flaws on Jackie — sparked an immediate backlash, and the magazine subsequently changed its editorial note to assert that that the "mistakes are on Rolling Stone, not on Jackie." But the damage, to some extent, has already been done. Now, it's up to students like Emily Clark to stand with survivors.