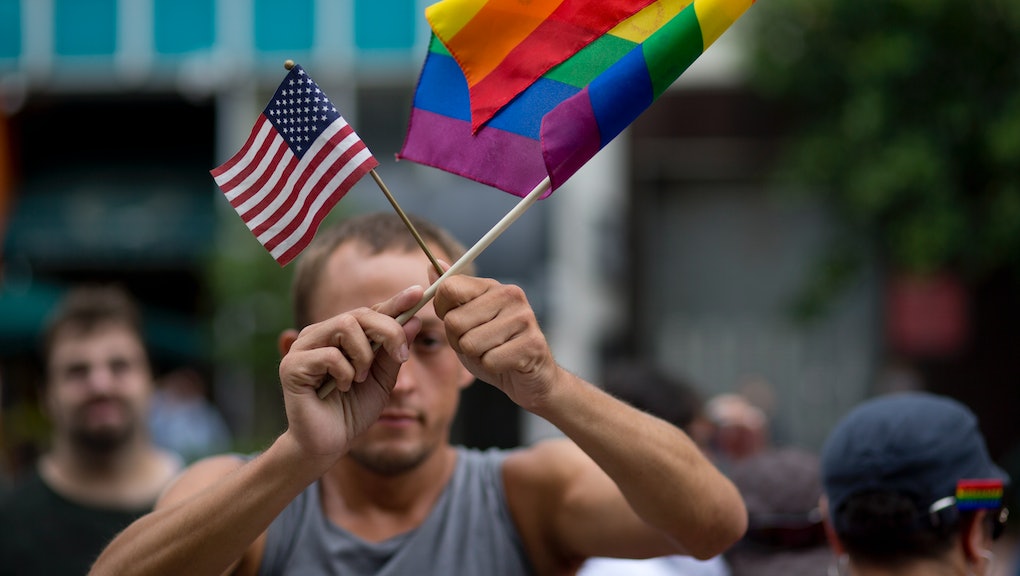 The news: What if you were evicted because you were gay, but there was nothing you could do about it? Denied service at a restaurant because you're a devout Sikh? Refused Plan B at the only drug store in town because the pharmacist on duty is an evangelical Christian?

Michigan's GOP-controlled House of Representatives has passed a sweeping "religious freedom" bill that could potentially lead to any of these outcomes. Known as the Religious Freedom and Restoration Act, the HB 5958 is modeled after the Supreme Court's decision in the the Hobby Lobby ruling and a federal law signed by Bill Clinton. It gives religious people and institutions expansive protections from laws and regulations they disagree with on "sincerely held" religious grounds. MSNBC reports:

"[The bill] protects people from laws that substantially burden their sincerely held religious beliefs, unless the government can prove that the offending law serves a compelling interest and accomplishes that goal using the least restrictive means possible."

Essentially, the law allows civil or criminal defendants to claim Hobby Lobby-style religious protections in any case before the courts. For example, an evangelical Christian who owns a restaurant could claim he's allowed to fire Catholics, or a polygamist could claim that laws against bigamy violate his religious rights. The court would then have to decide if the government's claim outweighs the defendant's.

But religious liberty is a good thing, right? The reality is much more complicated. A similar law gained traction in Arizona earlier this year but was vetoed by Republican governor Jan Brewer after she concluded it "could result in unintended and negative consequences," like the state becoming perceived as a haven for anti-gay bigots.

ACLU staff attorney Brooke Tucker told MSNBC that since the government is involved in protecting people against discrimination, the bill could open the law to legally protected bigotry.

"What RFRA will do is give businesses and landlords the opportunity to contest everything in court, and force individuals who are now able to live discrimination-free lives to demonstrate that the government has a compelling interest in making those landlords act in a nondiscriminatory fashion," Tucker said. "Even if that individual prevails, he will have spent a lot of time and money and may be out of a job or out of a home while he's waiting."

Face-checking website Snopes also noted the bill could potentially lead to scenarios in which an emergency room doctor refused to treat a gay person (though the onus would be upon the doctor to then defend that behavior in court). And though this may seem like a hard-to-defend and extreme example, conservative courts might accept other kinds of discrimination as protected under the law.

Why you should care: In the dissent to the Hobby Lobby ruling, Justice Ruth Bader Ginsburg warned that this "court majority is clearly more comfortable with conservative Christian values ... than it is with those of other religions." She worried that laws protecting religious freedom would inevitably be used to push extra rights for one particular religion.

As Wonkette notes, Michigan's RFRA was "originally intended to 'balance'" an amendment to state civil rights law to protect LGBT people against discrimination. But the GOP-controlled House managed to kill off that legislation while passing the RFRA, showing that they apparently consider some lifestyles more protected than others.