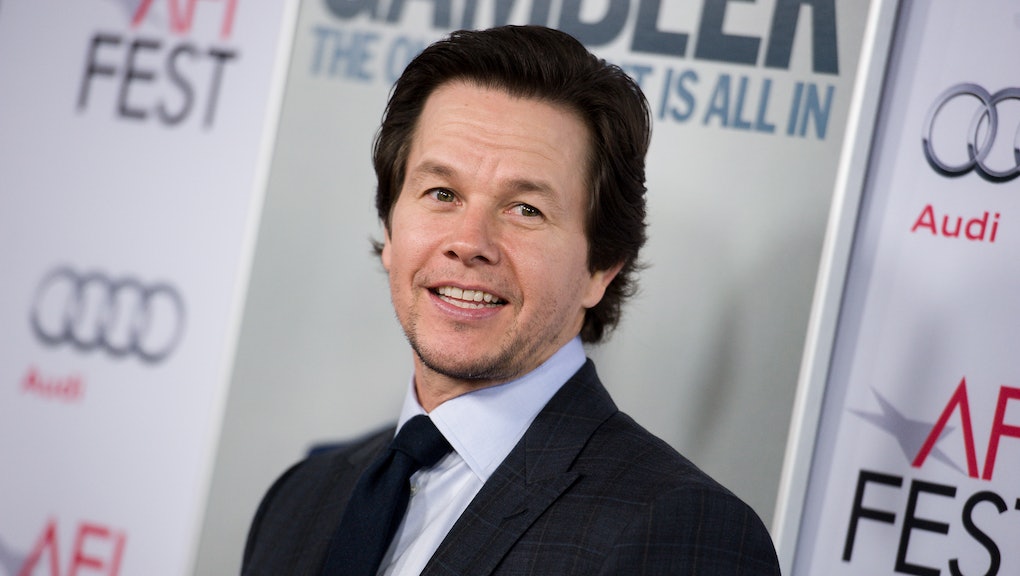 Mark Wahlberg wants to be forgiven.

On Nov. 26, the rapper-turned-actor asked for an official pardon from Massachusetts Gov. Deval Patrick for two racially charged acts of violence he committed in 1988.

He served 45 days in jail at the time, then went on to become one of the most successful stars in Hollywood. But the debate around whether his criminal record should be expunged — at least from a racial justice standpoint — raises key questions around what's actually changed about him, America and our legacy of bigoted violence in the years since that April night.

First off, the incidents: At 9 p.m. on April 8, 1988, a 16-year-old Wahlberg approached a Vietnamese Dorchester, Massachusetts, resident named Thanh Lam and hit him over the head with "a large wooden stick." The blow knocked Lam unconscious. Wahlberg was heard calling his victim a "fucking Vietnam piece of shit" moments before attacking him.

According to the sentencing memorandum, Wahlberg then ran up to another Vietnamese man, Hoa Trinh, and asked to be hidden from an approaching police vehicle. Once the patrol car had passed by, Wahlberg punched Trinh in the eye and knocked him to the ground before fleeing up the block.

The teenager "made numerous unsolicited statements about 'gooks' and 'slant-eyed gooks'" upon his arrest later that night. And these are just the incidents he was charged for: Two years earlier, in June 1986, Wahlberg was involved in two exchanges where he and a group of white male friends harassed 12-year-old Jesse Coleman and his two siblings, all black, as they walked home from school and attended a class field trip the following day.

Wahlberg and company reportedly hurled rocks at the children and shouted "Kill the nigger, kill the nigger" and other racial epithets in both incidents. Clearly, the artist formerly known as Marky Mark did some pretty shitty things as a kid.

But, as they say, that was then. From a rehabilitative standpoint, a carceral system that claims to be corrective should applaud Wahlberg's ability to "turn his life around" in the years since his release — especially since a huge failure of our prison system is its emphasis on punishment instead of rehab.

However, one can't help but realize things are more complicated here. With an oft-cited net worth of $200 million and countless instances of high-profile acting, producing and business credits to his name, it's hard to see how Wahlberg has paid measurably for his crimes. This is particularly true from a career standpoint. One of the few ways it's actually affecting him today is a cited reason for his pardon request: With a criminal record, Wahlberg could be "[denied] ... a concessionaire's license in California and elsewhere," a real concern if he hopes to expand his chain of Wahlburgers burger joints any further.

This is not to say the actor should suffer forever for mistakes he made as a teenager. He may very well no longer "[be] the same person [he] was" on that night 26 years ago, a level of redemption he's reportedly achieved by "[devoting] himself to personal improvement and a life of good works."

Yet it's worth noting that his ability to move on from this past, relatively unscathed, is a benefit rarely afforded other convicts in the same position. Among formerly incarcerated black men, for instance, a criminal conviction is rarely even followed by gainful employment — let alone millions of dollars and a successful Hollywood career.

Not to mention the few steps Wahlberg has actually taken to make amends: Though he does donate his time and money to multiple charities — as do more than 90% of his American millionaire peers — he's generally failed to address or interrogate the racial nature of his crimes (a proposed appearance in a series of anti-hate crime PSA's was derailed in 1993 when Wahlberg assaulted a gay record executive in Hollywood after "[making] disparaging remarks about homosexuals").

The Boston Globe reports Wahlberg has never personally apologized to his victims. This is but one more lapse among many, and a major missed opportunity. As a wealthy celebrity in an era when racial violence is making headlines on a daily basis, is it too much to ask that Wahlberg display some level of public commitment to ending such attacks?

His experiences have given him so much to draw from: An upbringing in Boston, ranked second nationally in the number of hate crimes committed in 2011 (half of which were of a racial nature), and where anti-busing violence during Wahlberg's formative years was among the nation's worst; or perhaps his participation in a troubling pattern of anti-Asian violence (Asian-American youth are the demographic most likely to report being bullied because of their race in the U.S., according to the American Psychological Association).

These are all huge opportunities to speak out against racism in America — none of which Wahlberg has capitalized on. In his official pardon request, he fails to even acknowledge that race played a role in his attacks at all.

And while it's unlikely these lapses will factor into Gov. Patrick's decision, it should certainly play a role in ours. Violence against people of color is one of the biggest problems facing our country today. If Wahlberg wants forgiveness for being an active participant, the least he can do is acknowledge it, vocally and unequivocally, and stand publicly with the people fighting against it — whether that means performing racial justice work, marching in the streets or both.

It's 2014, America. Our standards of forgiveness — not to mention Wahlberg's — need to adjust accordingly if matters are to improve.