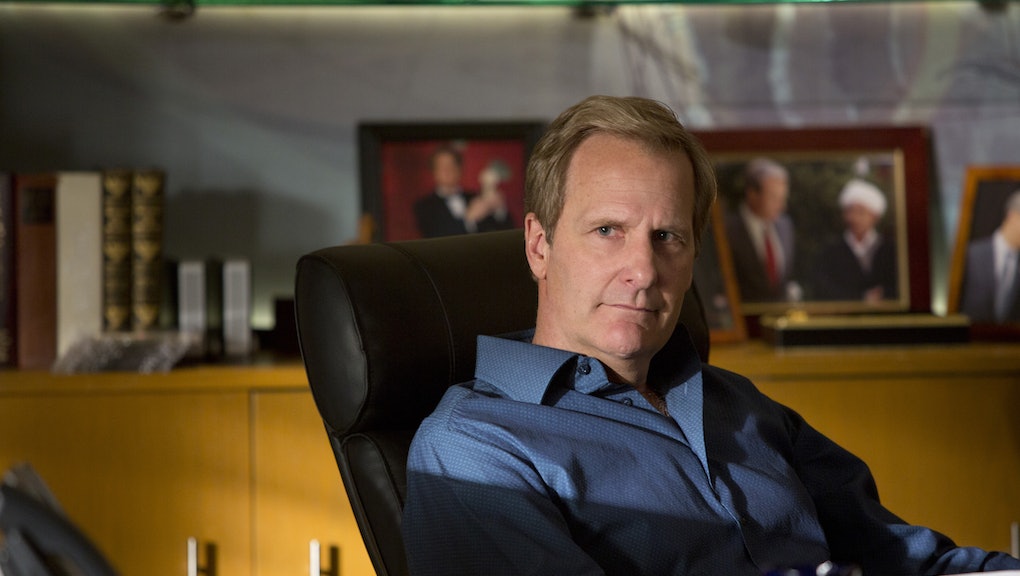 HBO's The Newsroom found itself in hot water after featuring a subplot in Sunday's episode about campus rape and the media's often ineffective and inappropriate response to it.

The episode garnered a lot of attention Monday morning for the way it handled the topic — especially in light of the recent scandal revolving Rolling Stone's problematic story about campus rape at the University of Virginia — but the biggest issue may lie elsewhere: namely, the lack of diversity in the people actually writing these stories.

Here's what happened: In the episode, a Princeton student tells Don, the show's news producer, about her alleged rape after he contacts her about doing a story about her blog. After she shares her story, Don tells her that he has also spoken with her alleged attacker, whose story he believes. "I'm obligated to believe the sketchy guy. I believe I'm morally obligated," Don said.

The backlash: The Internet erupted in outrage and criticism after the episode aired. By trusting the alleged rapist over the victim, Don paints the victim as a liar. Doubting and distrusting a victim's story, whether it's in a fictional series or a real-life investigation, has devastating consequences for victims of sexual violence everywhere.

The deeper issue: In watching the episode, one might hypothesize that the script was written by disillusioned men, and men alone. But unfortunately, this is far from the case. According to IMBD, several women, including Alena Smith, have been on the show's writing staff since its inception. However, just because women are on the staff doesn't mean their voices were always heard.

According to Smith, here's what happened when she spoke up in the writers' room about the rape plot:

Aaron Sorkin, the show's creator and main writer, disagreed. He responded to these tweets, saying he believed Smith had given "enthusiastic support" for the episode. While Sorkin acknowledged "there was some healthy back and forth," he argued Smith was not moving on in a timely fashion, so he "excused her from the room."

Whether you believe Sorkin or Smith, the incident highlights the ongoing lack of diversity and respect Hollywood writers' rooms can often have, and the importance of reversing that trend. Last year, Think Progress reported that out of "1,722 writers who wrote for 190 shows, 519 or 30.5% of them were women, and 269 of them were people of color."

If writers all come from the same cloth, the art of storytelling loses its potential. While talented writers can depict meaningful experiences regardless of whether he or she experienced them firsthand, ensuring that writers' rooms have people who have authentically diverse experiences is a must if we want to absorb rich, compelling narratives in any medium.

But by permitting men to dominate a subject like rape and campus rape specifically, we ironically undermine the point. Don didn't believe the girl's story, and, as it turns out, neither did the writers. But, as it seems, maybe they were never going to.